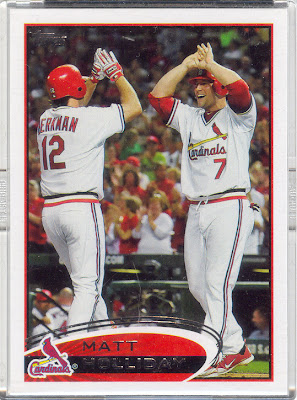 On Friday, Cardinal's All-Star catcher Yadier Molina was put on the bereavement list following the passing of her wife's grandmother.  According to mlb.com, he is now in Puerto Rico, and will not be playing this weekend, and at the All-Star Game.  Our condolences go out to Molina and his family.

To take his place on the NL All-Star team roster, manager Tony LaRussa selected OF Matt Holliday of the Cardinals.  Holliday, who leads the Cardinals with a .318 average, is now a six-time All-Star and joins a slew of Redbirds on the All-Star Roster (Rafael Furcal, Carlos Beltran, Lance Lynn, and Final Man winner David Freese).