Okay, so I'm finally getting to this now. As mentioned earlier this week, I have finally finished simulating the All-Star Games using my 2008 End of Year All-Star Teams. And compared to the 2007 version, this game was way more interesting, but it took a lot of soul searching to determine who gets the MVP award. Because no player really outshone the rest, and even the game winning run was unearned. As tempting as it was to do a second simulation on this game, I thought better about it, and will leave it alone.

The first six games I simulated used each starting pitcher on both sides at least once, and all position players started a minimum of two games each. To make up for my stupidity last year (I forgot that the AL had home field, and wound up setting it up so the NL "hosted" four games), although the NL hosted the ASG (in St. Louis), the AL had home-field advantage. Here are the results:

So the NL wins the series 6-1. I'm actually surprised since the AL had more dominant pitchers than the NL squad. The "anything goes" seres also went to the NL, who have now won their sixth straight series, and are now 13-9. But lately, the ASG has been a tossup, so will the AL score the revenge upset, or will the NL continue their dominance?

For the official All-Star Game, I decided to just simulate one game and one game only. The starting pitchers were Lee and Lincecum and I let them pitch two innings (unless they struggled badly). The rest of the pitchers would get one inning each (unless they struggled badly). The position players were replaced every three innings. The DH's (Albert Pujols of the NL and Jim Thome of the AL) were used pinch hitters and entered the game as needed.

The starting lineups, first for the American League (I'm using 2009 Topps cards because these are the cards I used to represent the players on my All-Star teams): 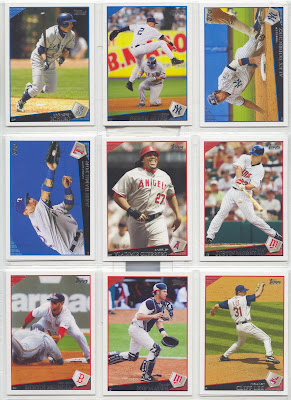 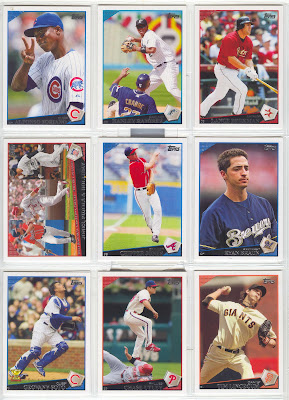 The 2008 AL All-Stars beat the 2008 NL All-Stars by a final score of 7-6 in a game that could have gone either way. The offenses were kicking for the most part, not with home runs, but with clutch hitting. 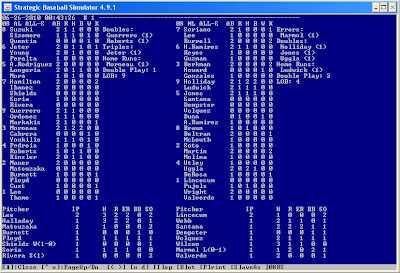 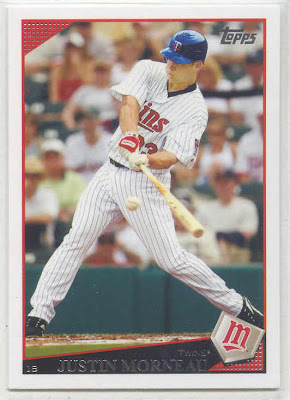 The MVP for the 2008 All-Star Game is Justin Morneau.
If this game actually existed, the nominees for the MVP award could have either been Justin Morneau (2-2, 1 hr, 2 rbi's), Evan Longoria (1-2, game tying rbi), or Scot Shields (win, first pitcher on either side to have a 1-2-3 inning, 1 K). At this point, I'd have to give the MVP award to Morneau, not only because of his numbers (he had the best offensive numbers of anybody in the game), but his home run in the fourth inning was off his former teammate Johan Santana. Scot Shields takes the win in relief, Carlos Marmol suffers the loss, Mariano Rivera picks up the save, and the only players who didn't get in the game were pitchers Jonathan Papelbon, Francisco Rodriguez, & Joe Saunders of the AL, and Chad Billingslea, Brad Lidge, and Kerry Wood from the NL. Each league are now tied at 11 wins a piece in the ASG simulation. 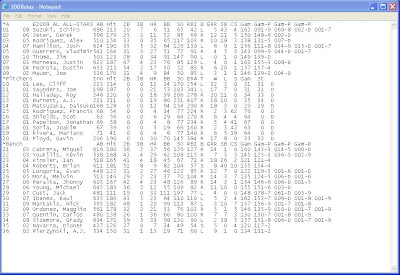 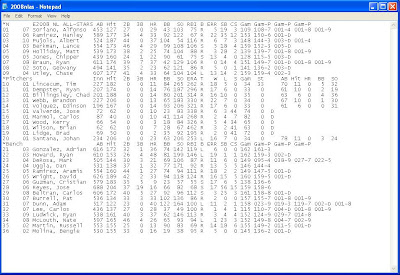 Now that the 2008 All-Star Games are officially over, at 9:00 AM CST on Thursday, I will re-introduce the 2009 End of Year All-Star teams. Simulations for games with those rosters to come hopefully before the announce the REAL All-Stars for the 2010 ASG in Anaheim.