We reset the Topps Card Randomizer to come up with seven new cards to present for this week. Introducing the Random Topps Card of the Day for Monday, August 30, 2010: 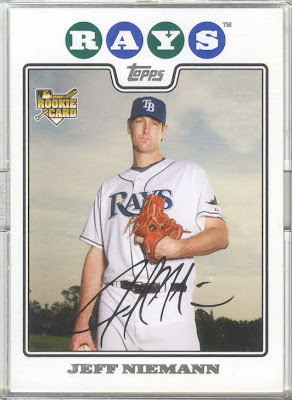 Email ThisBlogThis!Share to TwitterShare to FacebookShare to Pinterest
Labels: 2008, Random Topps Card of the Day, topps, updates and highlights