The All-Star festivities are now in full swing and the highlight of this first day's events is the annual Futures Game.

Since the first Futures Game in 1999, more than 120 players who were named to either the US or World rosters have become MLB All-Stars, with many of them are participating in this year's All-Star Game. Twenty-seven players on last year's roster have already played in the majors.

Today, the best minor leaguers from the United States take on the best prospects from around the world (Dominican Republic, Canada, Cuba, Venezuela, Colombia, Lithuania, Mexico, Puerto Rico, Taiwan, Virgin Islands...and there was one player from South Africa who was originally selected, but is now injured). Of the 54 players (50 on active rosters, plus 4 selected players who were replaced due to injury, a MLB call-up, or suspension) who were named to either team, 26 of them appear in the 2016 Topps Pro Debut set. Who made the cut? 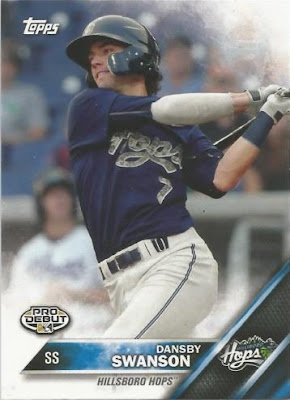 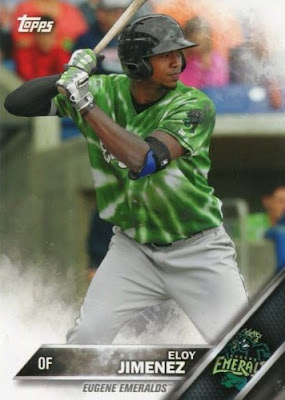 This is a prospector's dream with many ready to sell if their guy has a breakout game. Team USA has won the last five Futures Games, and own a 11-6 record over their World counterparts. With many of these players ranked in their respective team's top 30 prospect list, this won't be the last we hear from any of them.