With one week to go before 2014 Topps Series 1 becomes live (you're counting down the days...I know you are...), why not post this now since it's been a couple of months since they were first announced.

Back in December, Topps released images and basic information for the second series of their eponymous Topps release. As promised, here are the images of the sell sheets for 2014 Topps Series 2: 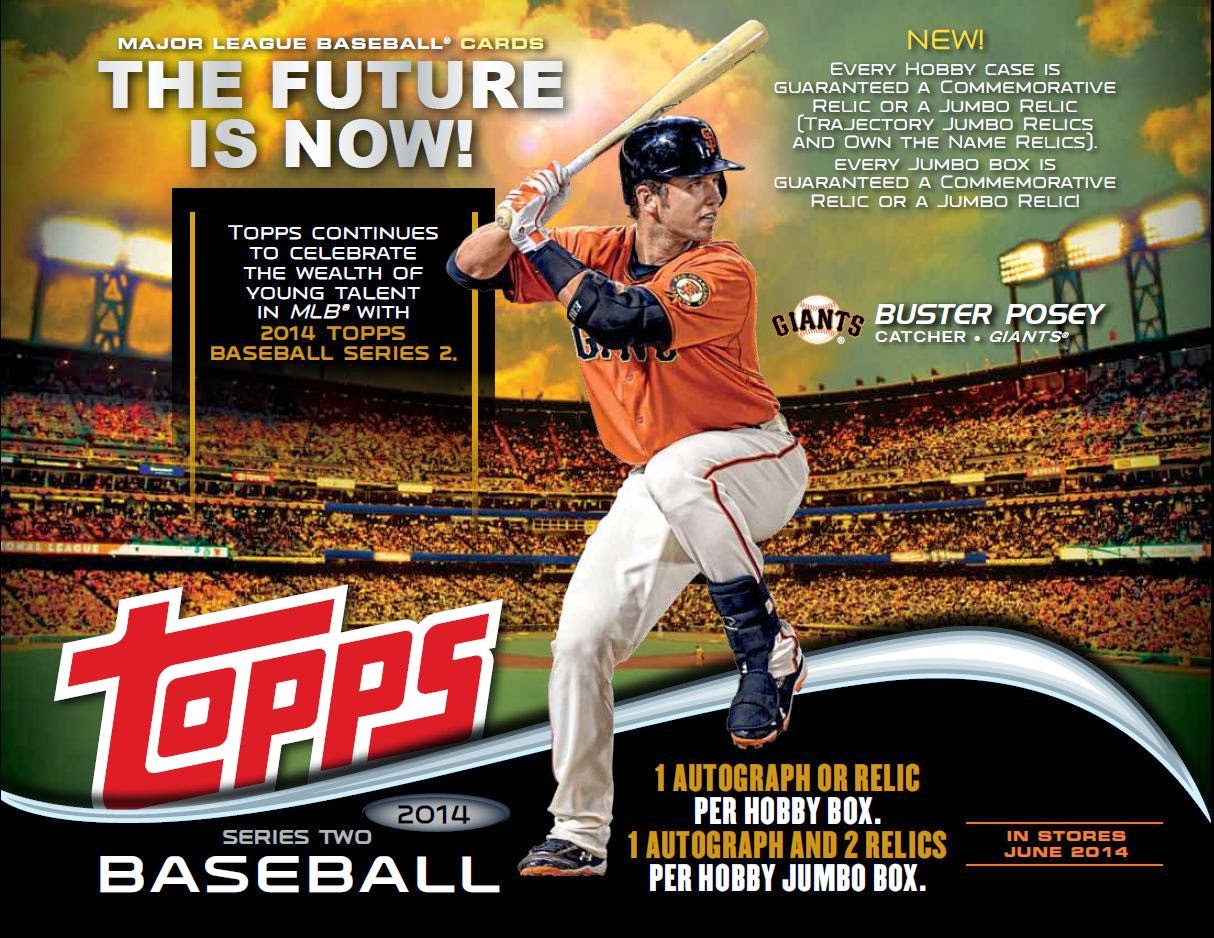 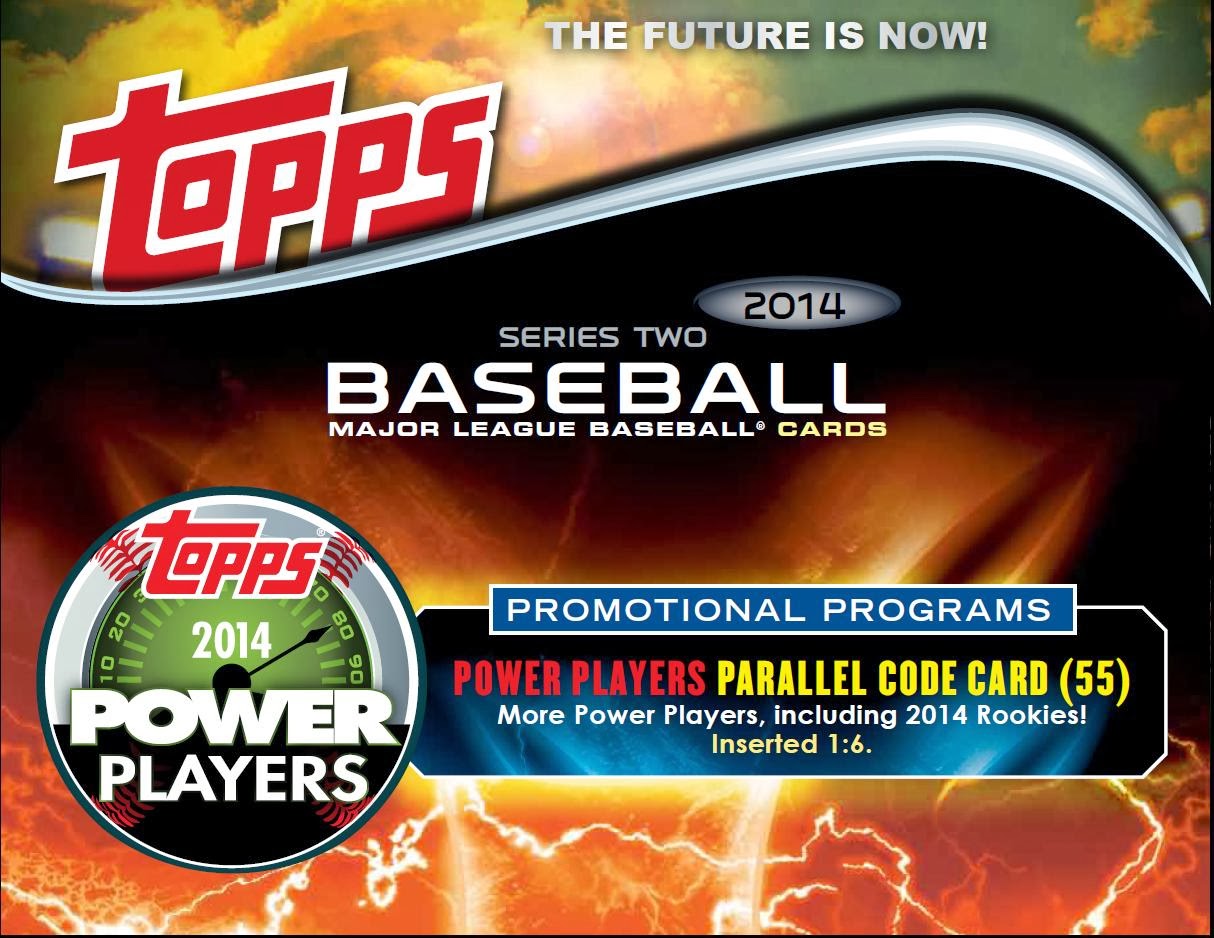 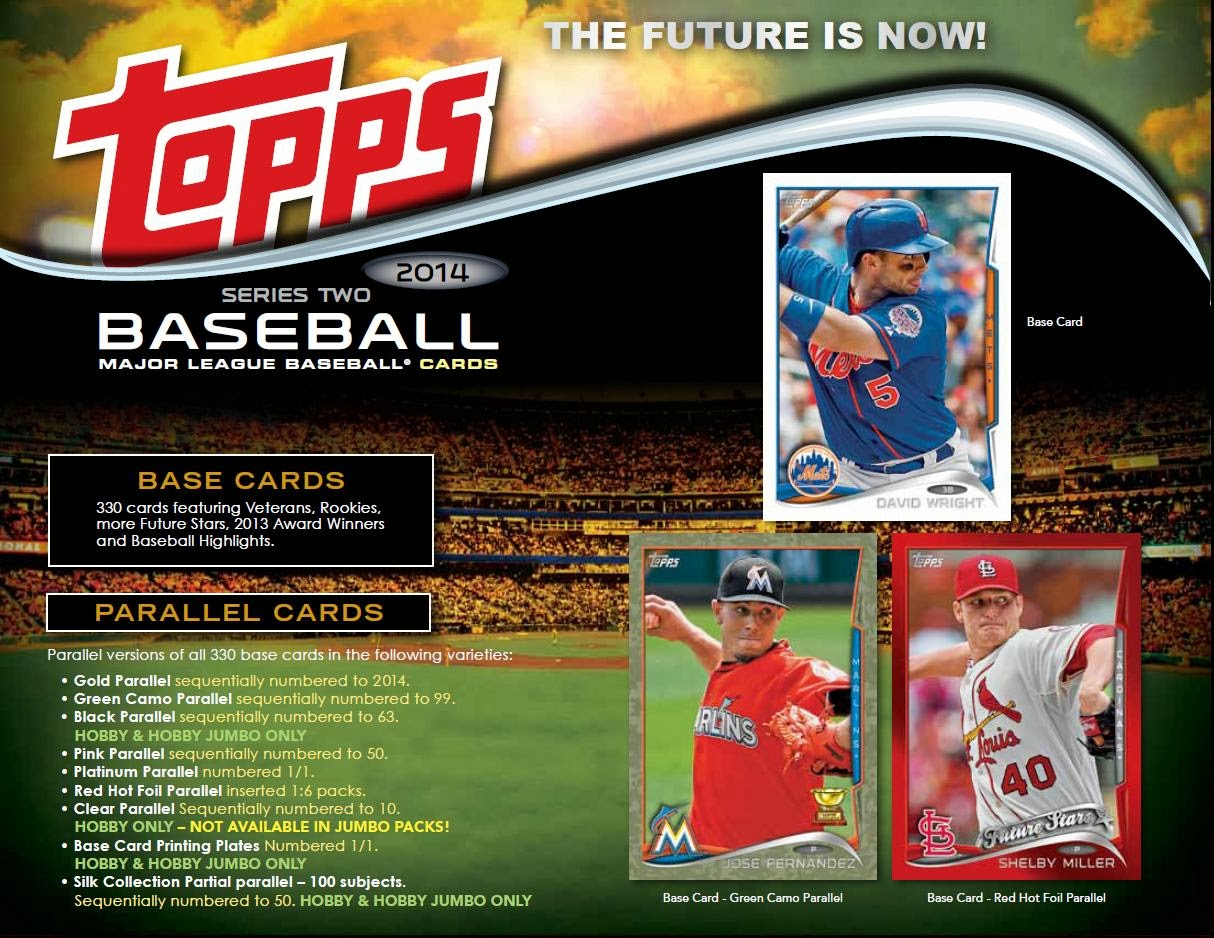 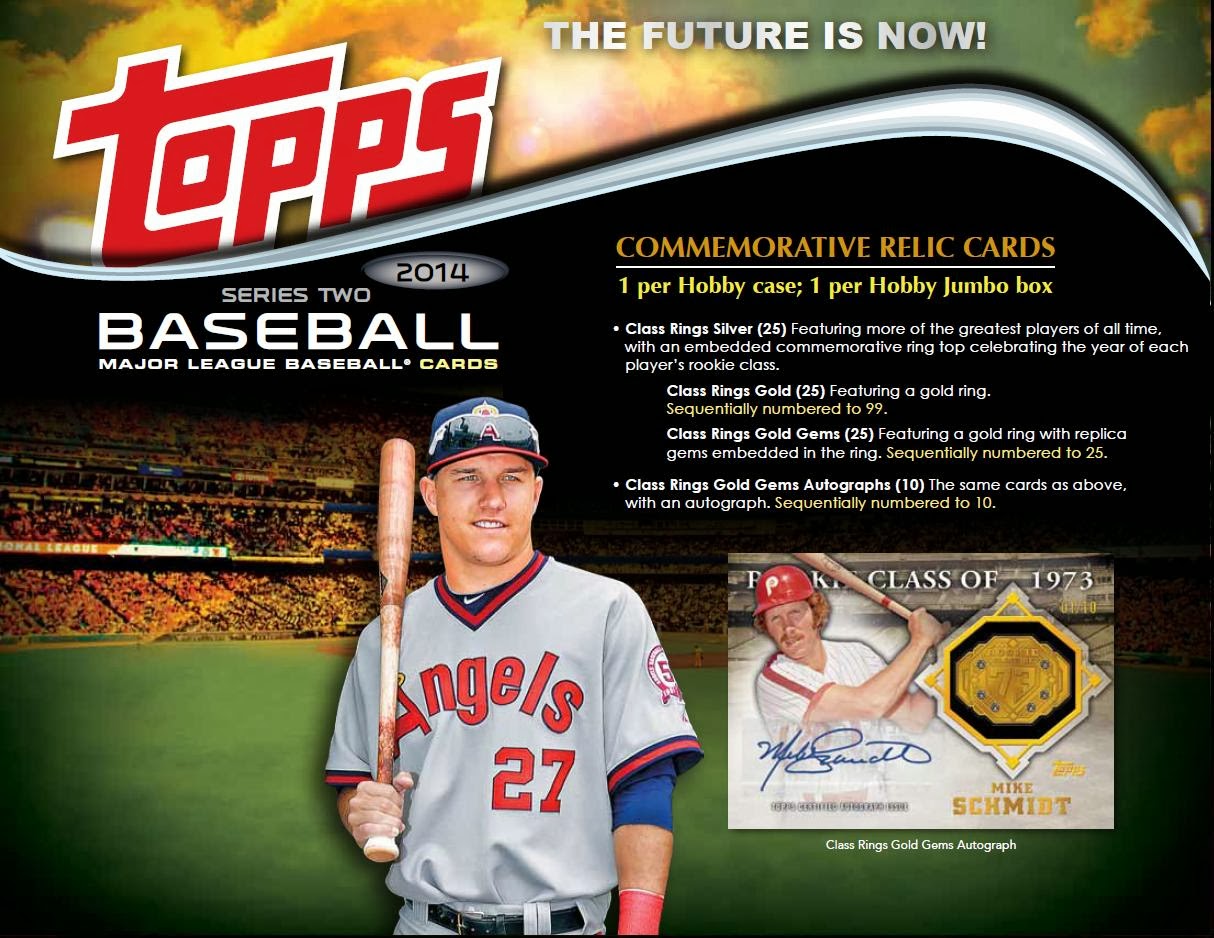 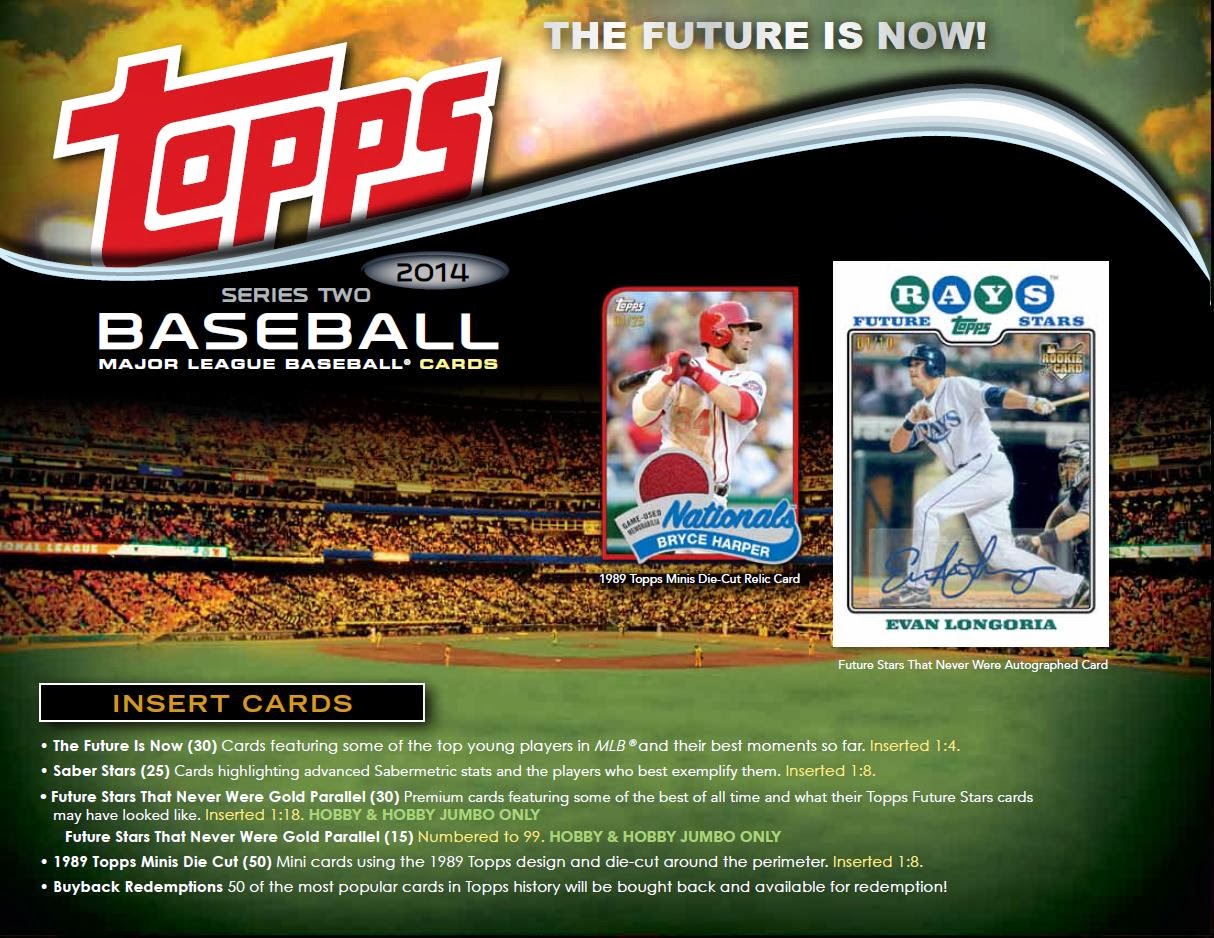 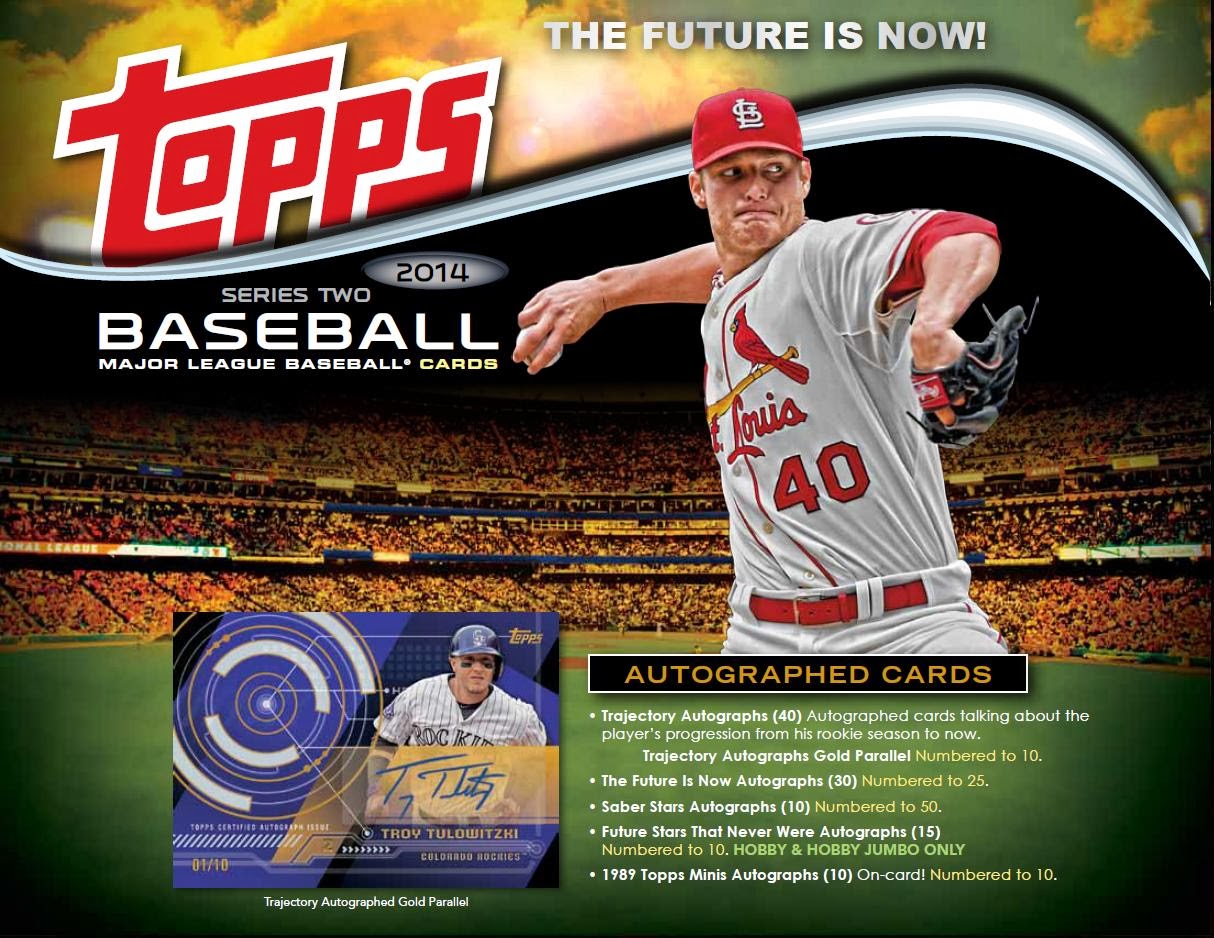 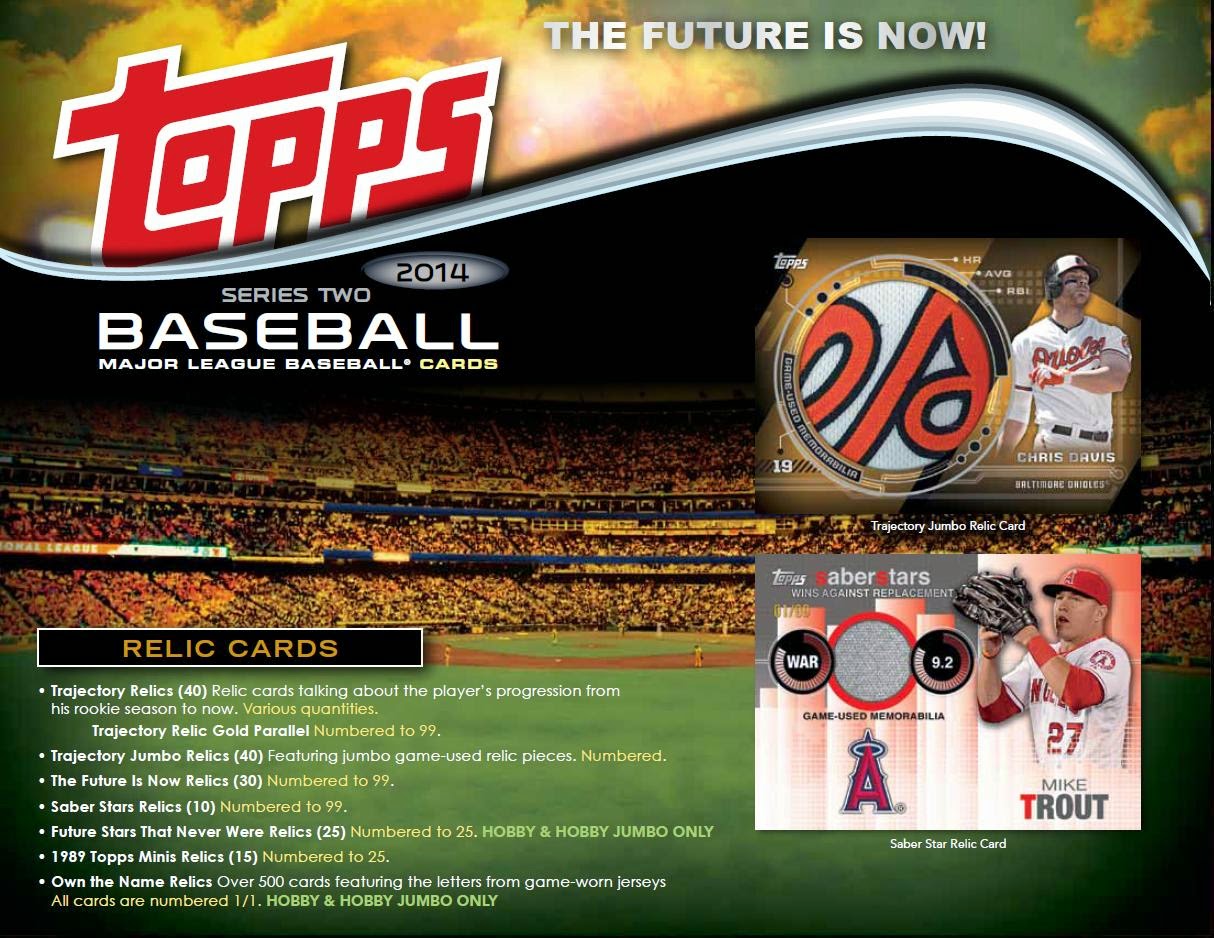 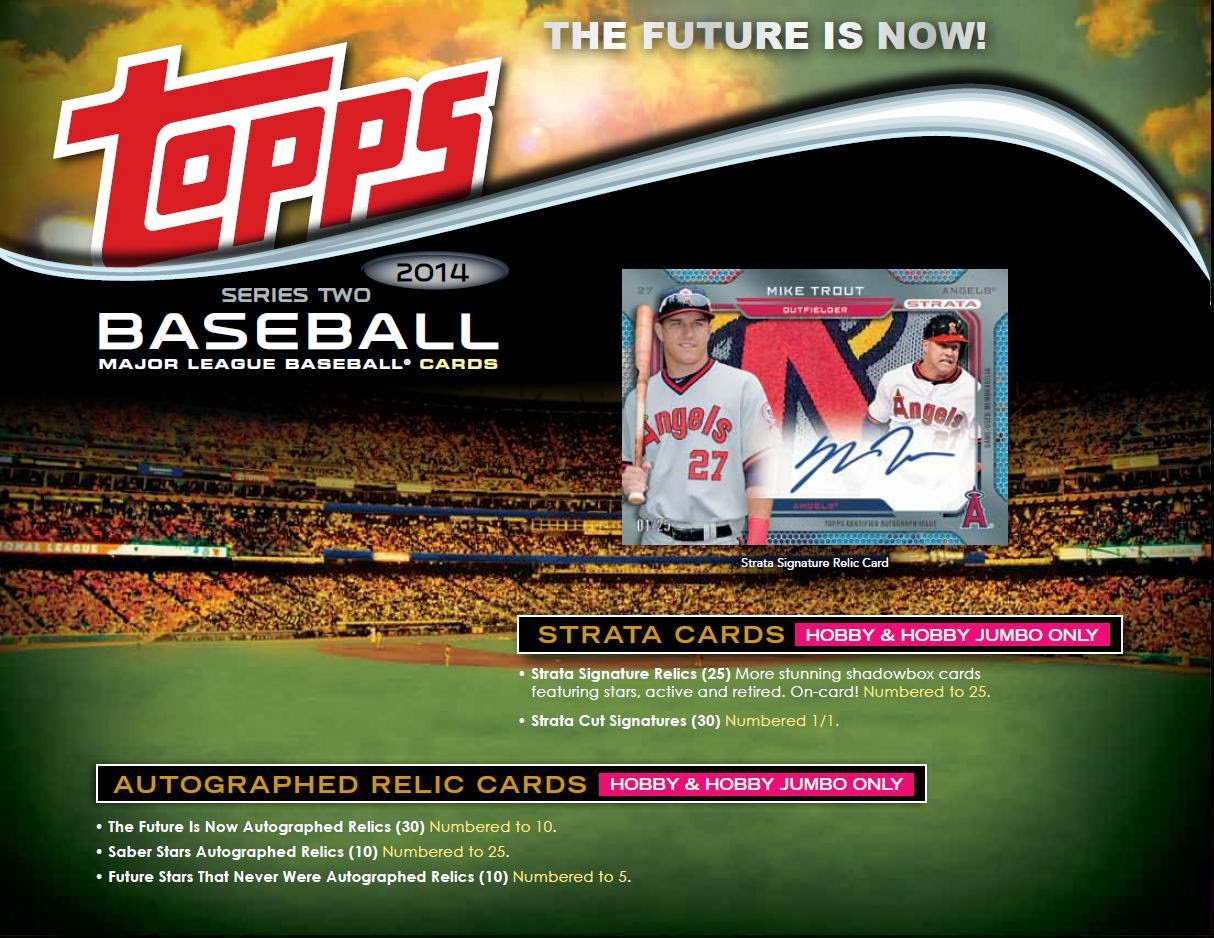 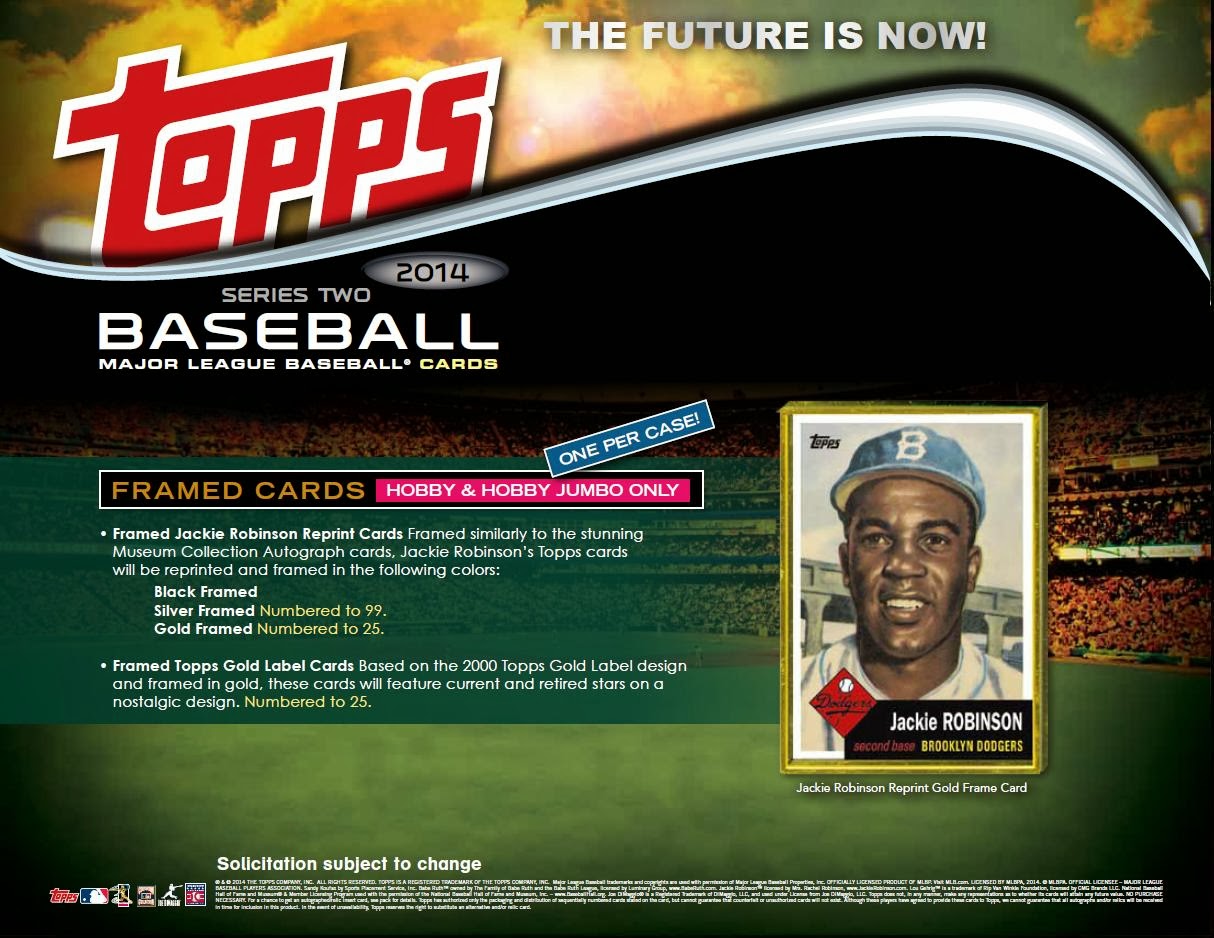 Topps has been posting pictures on their Twitter account (@toppscards) and have set up a brand spanking new Instagram account (toppssports) to show off pictures. On one hand, it's great to see what cards are going to look like. On the other hand, it takes a bit of the joy out of seeing cards for the first time from a pack. I like previews as much as the next guy, don't get me wrong. The sell sheets are enough for me. But last year, after seeing 30 base cards (one from each team), when I was opening packs of cards, I wasn't really paying too much attention because it seemed like I saw all of these cards already, even though I was holding them for the very first time.

The 1989 Mini Die-Cut insert set continues in Series 2, and that seems to be (if you follow the sell sheet) the only insert set that carries over from Series 1. The other insert sets are new to the second series, and the themes are very unique:
In seven days, Series 1 will be upon us.

I am not prepared for Series 1. I don't have a plan of attack. I am debating either going all Ryan Howard only and just going after every parallel out there. Or buying up Toys R Us and doing some selling with the rare purple parallels. who knows!

Base card reminds me of 1990 Leaf for some reason. Since the No Fun League is ruined I'm going back to MLB. Topps has always been my favorite and the 2014 looks like a good place to start collecting baseball again.
At the local bigbox mart the 2013 Topps is selling like hot cakes. All the Topps factory sets are gone and the rack packs sell out quick as well. Found your blog from the links at Cards That Never Were.