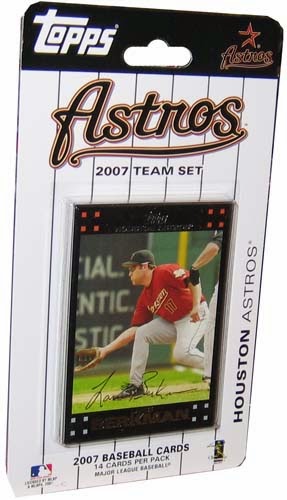 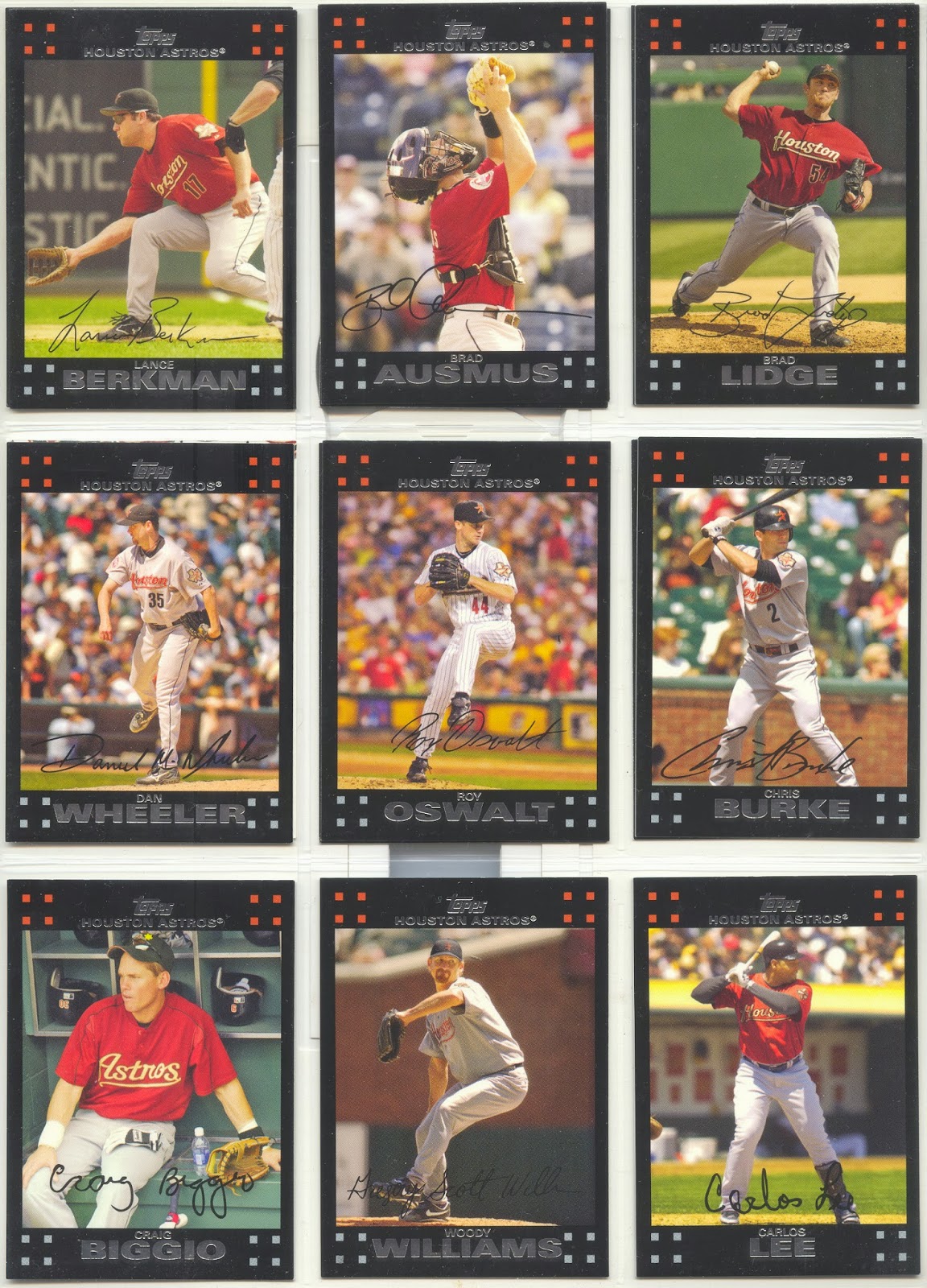 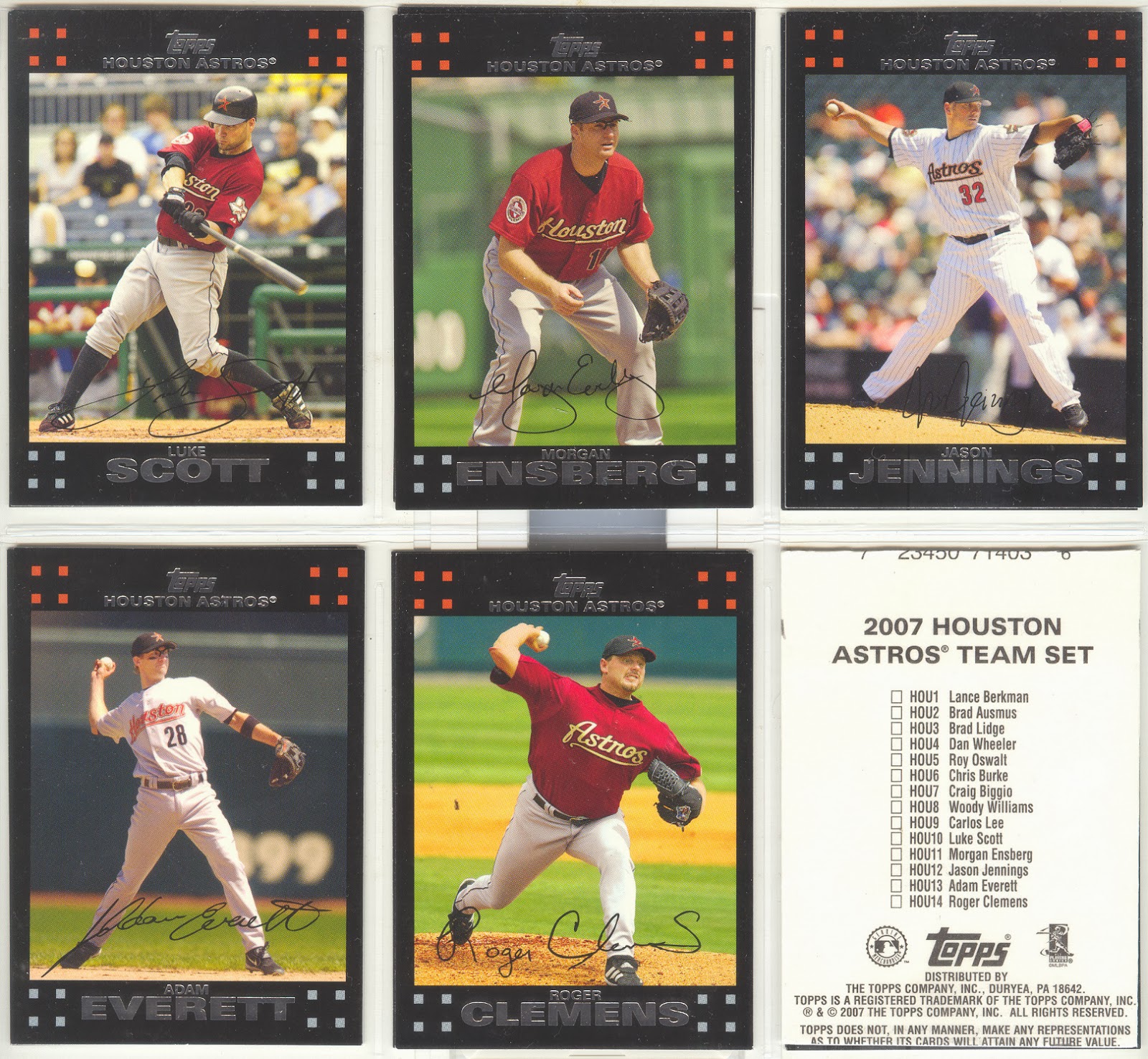 Key differences between the team set and 2007 Topps eponymous set:

Of the 14 players included in this set, 2 players have different pictures on the retail set compared to the base set. Not too much to write home about, but you can make an argument that both retail cards look better than the base cards.

Next week's featured set will be the 2009 Cincinnati Reds. Hope you'll be here when we compare the cards from the retail set to their counterparts found in Topps and Topps Updates and Highlights sets.

Email ThisBlogThis!Share to TwitterShare to FacebookShare to Pinterest
Labels: 2007, retail set of the week, topps