It's the first Minor League Monday of 2014!!! Let's start it off with a bang. Thanks to the Topps Card Randomizer, introducing the Random Topps Pro Debut Card of the Week: 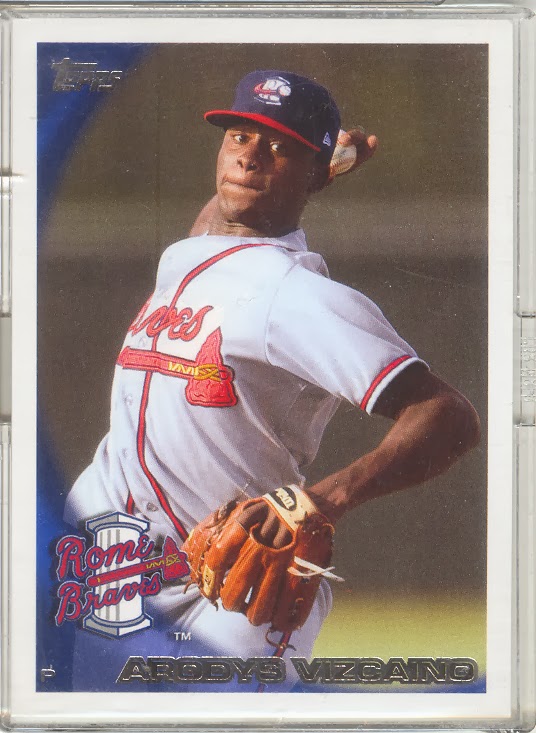 Next week's featured card will be: 2011 Topps Pro Debut #325. Post will arrive at 9:00 AM CST. Hope you enjoyed this week's installment of Minor League Monday.

I guess it would be offensive to say I like the jersey so I won't. I do love the cap.