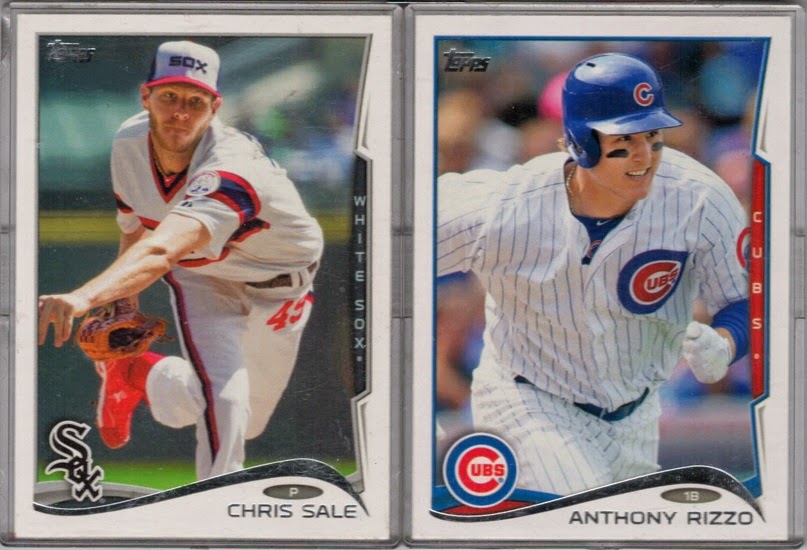 Maybe when the final man ballots were announced, and teams paired up together to try and get both of their boys onto the rosters (think Bran-Torino in 2009), that the two Chicago teams should have joined forces instead of pairing with the Nationals (White Sox) and Tigers (Cubs).

The final vote count reached a combination of 52.5 millions of votes, and tweets. When all was said and done, starting pitcher Chris Sale of the White Sox and first baseman Anthony Rizzo of the Cubs won the Final Man Voting and have been added to their respective All-Star Teams.

Chris Sale seemed to have led the balloting from the very beginning, earning 6.7 million votes, besting his fellow starting rivals Garrett Richards of the Angels, Rick Porcello of the Tigers, Corey Kluber of the Indians, and Dallas Keuchel of the Astros.

Meanwhile, Rizzo faced an uphill battle and two rivals with international followings. Rockies first baseman Justin Morneau, a former Twin, not only had the sentimental support (imagine him returning to the place he called home for so many years), but as a Canadian, had an entire North American country behind him. Casey McGehee of the Marlins spent some time in Japan, and found big-time success in the Orient. So not only did Japan have his back, so did Yu Darvish and Masahiro Tanaka. And Morneau even had the lead heading into Wednesday, before Rizzo passed him. By the time the dust settled, Rizzo received 8.8 million votes, tweets, and a ticket to Minnesota.

Sale, now a third-time All-Star, is the fourth White Sox player to be named to the All-Star Team thanks to the Final Man Ballot (Paul Konerko-2011, A.J. Pierzynski-2006, and Scott Podsednik-2005 being the others). He joins rookie wunderkind Jose Abreu and veteran shortstop Alexei Ramirez onto the team.

Rizzo, a first-time All-Star, is the first Cubs player to win the Final Man Ballot, and now the second/third Cub to be named onto the NL All-Star Team, joining Starlin Castro and now-Oakland A's pitcher Jeff Samardzija in the Twin Cities.

For the first time in a long-time, the All-Star Game has a very strong Chicago contingent. Even though the teams on both sides of town have had rough seasons, at least there is something to watch come Tuesday afternoon for Chicago baseball fans.

JayBee Anama
Posted by James B. Anama at 6:16 PM