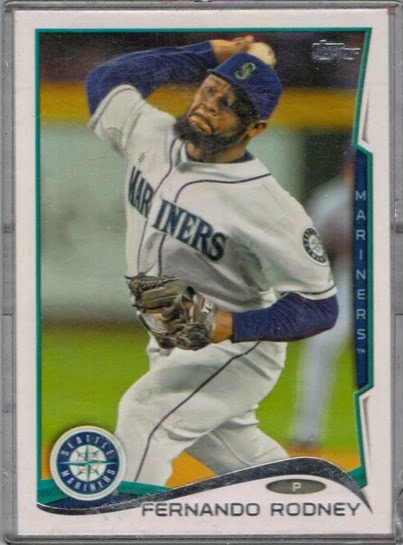 Two years ago, these two teammates took part in the 2012 All-Star Game. This time, one replaces the other.

David Price was scheduled to start on Saturday, but fell ill, and his start was moved to Sunday. That brought out the "Sunday Starter Rule" and with Price deciding that he did not want to take a chance and pitch on one day's rest, a replacement had to be named.

Enter former teammate, 2012 AL Comeback Player of the Year, presently the AL's 2014 league leader in saves, and present Mariners closer Fernando Rodney. Rodney received the phone call from John Farrell that he was now added to the All-Star team to take Price' place.

The Mariners are in a bit of a resurgence thanks in part to Rodney at the back end of the bullpen. In 38 appearances, Rodney has earned a 1-3 record with a 1.98 ERA, 28 saves, 42 strikeouts, and a WHIP of 1.13, while holding opposing batters to a minuscule .220 average.

With a number of All-Stars slated to start the last game before the All-Star Break, get ready for more roster shuffling. And of course, this humble, little blog will let you know who and what cards to get for your All-Star binders.

JayBee Anama
Posted by James B. Anama at 5:13 PM