A Quick Lesson For Budding Set Collectors and Even For Those Who've Done This For a While... 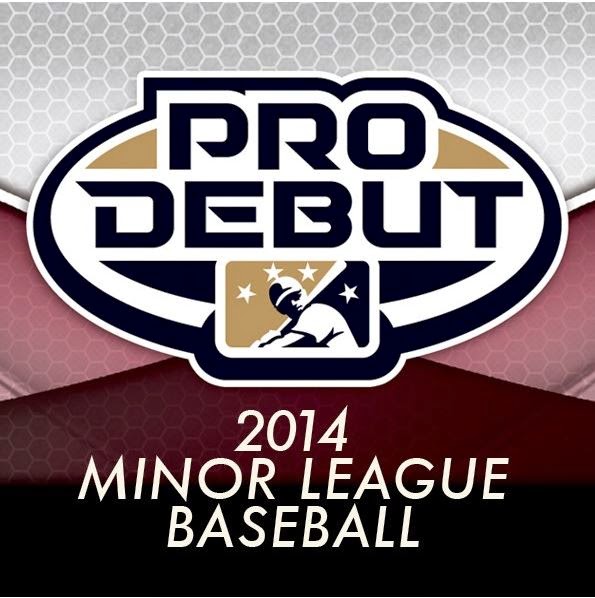 In these economic times, I find myself buying more sets off the Bay than trying to build one from scratch. Does it make me less of a collector? No. Hoarder? Depends on who you ask (my wife has a few choice words to answer that one).

But to be honest, time is at a premium and card shows seem to come when my funds have gone to more important things (like a mortgage, bills, and groceries). So eBay (and other sites too, don't get me wrong) have been my salvation since that fateful day in 2012 (when that company decided to close shop, and put me and about 110 other people out of work).

Anyway, I just purchased the 2014 Topps Pro Debut MiLB set. I've been lucky to get my hands on this set and have all of the regular sets since Topps got the exclusive license to distribute minor league cards in 2010 season.  The 2010 edition consisted of 440 cards split into two 220-card series, and includes the minor league cards of Mike Trout, Jurickson Profar, Philippe Aumont, Brandon Belt, etc. The thing is that the first series is a lot hard to find in set form. Come to mention it, cards from this series are hard to find...period.

The 2011 edition consisted of one series of 330 cards, and includes cards of that kid in DC, Billy Hamilton, and other stars who are just now making their marks in the majors.

Since 2012, the now 220-card set has included the best prospects that will eventually make their way to the majors.

Back to the point. When I started to put the cards in the binders, I noticed that there I had some cards missing. Card #'s 65 and 183 were missing. I was starting to think that the guy that I bought this set from may have misled me. I was starting to think of what cards I may have been missing, since I never even looked at the checklist. Was Kris Bryant missing? He'd probably be the number one guy in this set? Now it may be missing??!

I kept going though, leaving the spots for card 65 and 183 open so that when I start looking for the missing cards online, I'll have space for them.

Then I got to card 220, Jorge Alfaro of the Hickory Crawdads, and noticed I had two more cards. Were these my missing cards? Nope. It turns out that while 65 and 183 are indeed missing, Topps added card #'s 221 (Jesus Galindo, Augusta GreenJackets) and 222 (Dilson Herrera, Savannah Sand Gnats). So now what to do? Should I put these guys in where the missing cards would have gone in the sheets, or should they be displayed after #220?

So what's the lesson? Even for a collector like me, who has been in the Hobby for more than 26 years?

Study the checklist first when it comes out. In this age of instant information, someone would have pointed out if there were cards missing on the checklist.

At least I have my 220 card set now in a binder and added to my growing collection.

Shame though. I would have loved to have a Kris Bryant card.