After being two full schedules behind for the Random Cards of the Day (I run them in five-week segments), I have decided that instead of creating a list of all new cards to discuss, I thought that I'd use the cards that were on schedule beginning in January 13, 2013 and just begin from there. It was either that, or try and do two cards per day, one flashback and one for right now. So let's do this all over again. What would have been the Random Topps Pro Debut Card of the Week for January 13 is now this week's subject. Thanks to the Topps Card Randomizer, introducing the Random Topps Pro Debut Card of the Week: 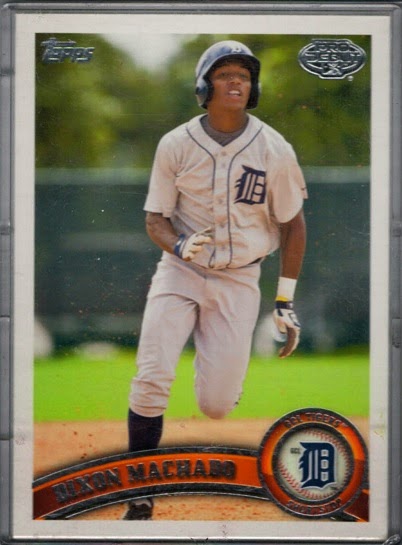 Next week's featured card will be: 2013 Topps Pro Debut #57. Post will arrive at 9:00 AM CST. Hope you enjoyed this week's installment of Minor League Monday.