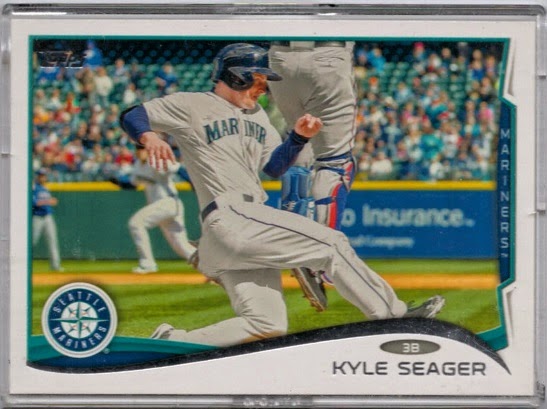 Just before the announcements for the All-Star Rosters were made, Edwin Encarnacion of the Blue Jays strained his right quadriceps running to first base in the first inning of the Blue Jays/Athletics game. To replace Encarnacion, AL All-Star Team Manager John Farrell has added Mariners' third baseman Kyle Seager to the roster.

Seagar begins the week with a .274 average, 13 home runs, 59 runs driven in, and a .483 slugging percentage. He was named the M's Most Valuable Player by the Seattle BBWAA for the last two seasons. It will be Kyle's first time as an All-Star and he joins second baseman Robinson Cano and pitcher Felix Hernandez on the AL squad.