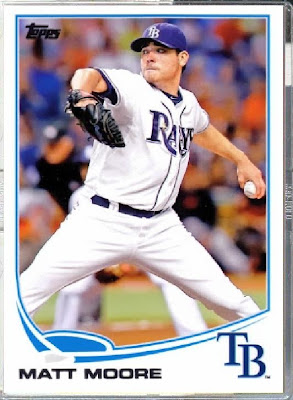 On Thursday, Rangers' pitcher Yu Darvish was placed on the 15-Day DL due to a slight strain of the right trapezius muscle. While it is being considered a minor injury, it will prevent Yu to participate in the actual All-Star Game. To replace Darvish, AL All-Star Team Manager Jim Leyland has addedRays' pitcher Matt Moore to the roster.

The announcement was made right after Moore pitched a near no-hitter against the Twins this afternoon. Moore is heading towards the All-Star Break with a 13-3 record,  a 3.44 ERA and 108 strikeouts in 107.1 innings pitched over his 19 starts. It will be Matt's first time as an All-Star and he joins second baseman Ben Zobrist on the AL squad.