Four Cards Off the Wantlist

For years now (okay, since 2009), I have been searching in vain for the Target and Walmart exclusive Legends of the Game cards.  For those who don't remember, here's a quick history:

In 2009, Topps included an insert set called Legends of the Game.  Taking advantage of their CMG 17-player exclusive license, the set featured 17 legends whose feats were linked in a timeline, a history of the game if you will.  The time lines were featured in the early years of this blog.  Now to help retail sales at the two big box stores (that would be Walmart and Target), Topps inserted more Legends of the Game insert cards in packs distributed to either store.  But instead of designing these exclusive cards in the same color scheme as the regular cards, Topps printed what was called "Platinum" cards for Walmart and "Gold" cards for Target. These cards featured the same legends but highlighted different points of the player's career in the big timeline.

After a mass search, I was finally able to get both sets down to a point where I only needed seven cards to complete each 30 card insert set.  And then, the cards seemed to vanish.  I couldn't find these at card shows, and I was too impatient for eBay to put these out, so the quest to complete this set was stalled.

For a while now, one of the big eBay sellers has had these four cards on a Buy-It-Now sale.  However, nobody seemed to be biting.  And for the longest time, I kept the auctions for these cards in my watch list, hoping that the prices would eventually drop and that nobody else would come in and take these cards.  While the prices never lowered, the cards were slowly being snatched up by like-minded collectors.  It came to the point where there was just one copy left for one of the cards.  I had to get them now before they were gone for good.

So I bought them.

And after a week of waiting, they finally arrived: 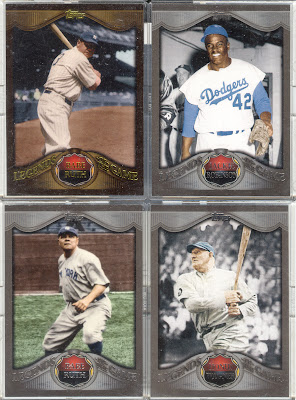 Getting these four cards means a few things:


So now I am down to these three cards to complete my master set:
Anybody have these that they'd be willing to send my way???  They look like this (and while I know I could just buy them from Check Out My Cards...wait - the Ryan card is now Out of Stock..., I'd rather go the route of asking the people who read this blog first): 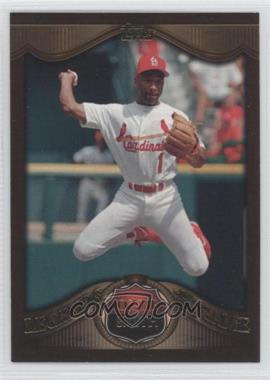 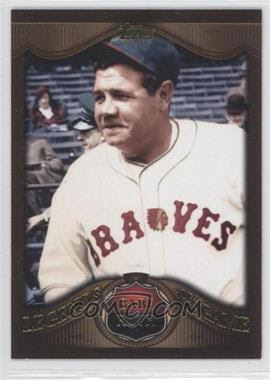 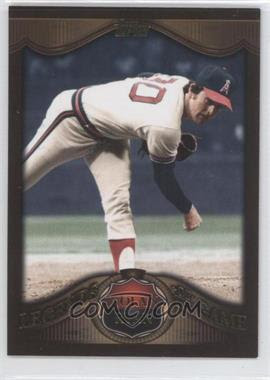 Help me finish this set. When I finally do, I'll enter the complete timeline on this blog.  Should be interesting to say the least.

It may take me a little while to get to it, but I may have the Ryan for you. We'll talk more after the weekend.