Thanks to the Topps Card Randomizer, introducing the Random Topps Card of the Day for Thursday, January 5, 2011: 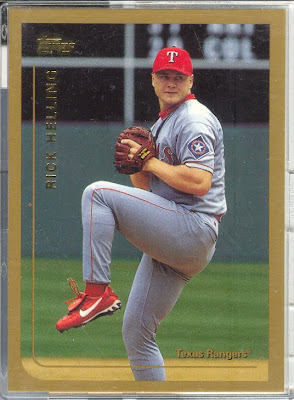 If you can believe it I actually used to collect this guy. I thought he was going to be really good. I was wrong.