Thanks to the Topps Card Randomizer, introducing the Random Topps Card of the Day for Tuesday, January 24, 2012: 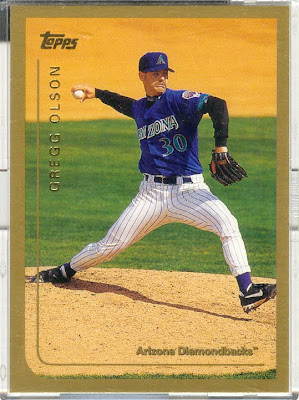 After what was to be his last year with the O's, they offered him a $1,000,000 contract for the following year if he would have surgery and concentrate on rehab for a year. Unfortunately, he turned them down flat for the Braves offer, and ended up playing through many, many injuries, at a level far below his first 3-4 years with the O's.

I didn't know that about Olson. Interesting tidbit about one of the few players I collected as a kid.
Thanks!