I will explain my month-long absence in another post on another day. But as today is HOF day, I thought I'd at least try to make an appearance.

When the announcement is made at 05:00 PM CST on Wednesday, January 18, 2016, to let the world know who has been inducted into Baseball's Hall of Fame, I will be at work. But I'll still have the MLB Network on to watch the results live.

With any luck, more than one person on this list of 34 players will be rewarded with the ultimate honor...enshrinement into the Baseball Hall of Fame in Cooperstown, NY. For the final time, here is the list of players (with years on ballot and % of ballots in the 2016 election) being considered:

This is the last time on the ballot for both Tim Raines and Lee Smith. As you probably know, the rules were changed so that a player could only be on the ballot for no more than 10 years before they are to be removed from the ballot and then considered by a Veteran's Committee. Smith is on a grandfathered clause from when 15 years was the rule.

Now as much as my daughter would love to see her hero (that would be Derrek Lee) get inducted, it's most likely that he's not going to survive the 5% threshold. I'm looking forward to the results, and will make sure to post them as soon as I can find the final results. Until then, I'll probably be "twitter-screaming" the results (follow me at @bdj610 if you want). 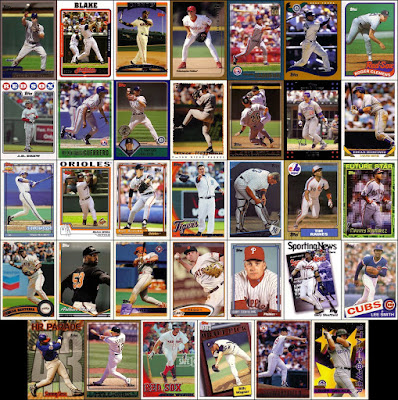 As of the time of this post, it's 15 minutes to go before the announcement. I'm sure by now someone has already told the future inductees that they're in. So begins the whirlwind tour for them.

Good luck to everyone.