Cueto and Teheran out of the ASG, Simon and Clippard Named Replacements.

Here is the wording set in the 2012 Collective Bargaining Agreement between MLB and the MLB Player's Association regarding All-Star pitchers who start on the Sunday before the ASG:

"A pitcher who starts on the Sunday before the All-Star Game may elect not to participate and, if he does, would be limited to one inning and may set a pitch limit."

This explains why in last year's game that Travis Wood, the Cubs sole representative, was not replaced on the NL team. He didn't pitch, but it seems that he would have made himself available if it became necessary.

While there will be more names for replacements coming (both Madison Bumgarner and Tyson Ross were the starting pitchers in their ballgames), earlier in the day, both Johnny Cueto and Julio Teheran started their games against the Pirates and Cubs respectively. Their replacements have already been named. 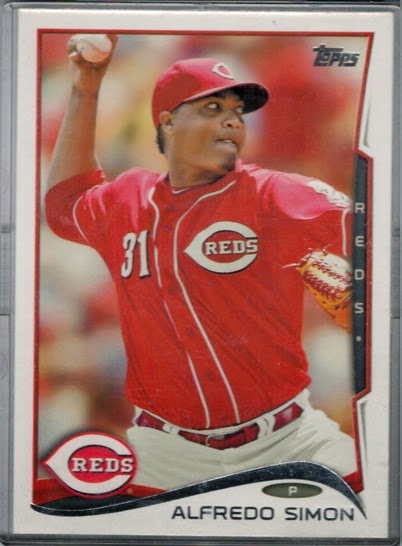 Taking Cueto's place on the NL roster is teammate Alfredo Simon. Simon was another one of the snubs when the initial roster was announced. And he had a good case going for him. He is among the MLB leaders in wins, thanks to a 12-3 record, a 2.70 ERA, 75 strikeouts and 1.05 WHIP in 18 starts. His is a good story as he was just a temporary starter with Mat Latos out. But he performed so well that he became a mainstay on the Reds' starting rotation. 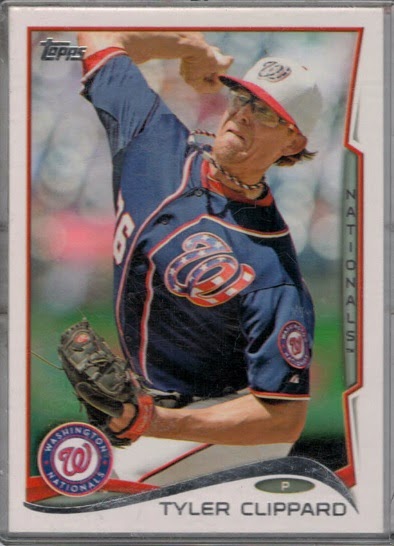 Meanwhile, with Jordan Zimmermann out because of injury, there was a fear that no Nationals would represent the National League in Minnesota. That has now been avoided. With Teheran taking the mound against the Cubs today, reliever Tyler Clippard, an All-Star in 2011 who took the W that night, was named his replacement.

Clippard, who previously held the closer's role for the Nats but is now one of the team's most valuable middle relievers, has a 6-2 record and one save, with a 2.03 ERA, 53 strikeouts, a WHIP of 1.23 in 40 innings of work.

While Zimmermann will get the accolades that come with being an All-Star, Clippard will go to the Twin Cities, representing our nation's capital city.

Stay tuned as the replacements for Ross and Bumgarner will be announced shortly.

JayBee Anama
Posted by James B. Anama at 5:44 PM