Strasburg and Bumgarner out of the ASG, Scherzer and Colon Named Replacements. 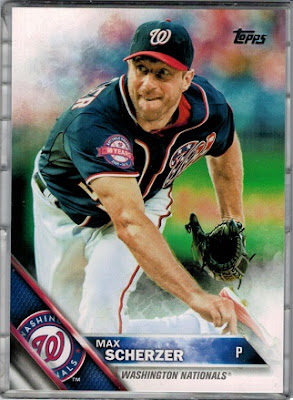 Another round of player replacements were named yesterday as both Stephen Strasburg of the Nationals and Madison Bumgarner of the Giants will not be participating in next Tuesday's All-Star Game. Both pitchers are fine.

Strasburg pitched last night, becoming the first NL pitcher to notch a 12-0 record to start a season since 1912. And even though Strasburg made the NL All-Star Team, he and general manager Mike Rizzo "mutually agreed that Strasburg would not pitch in the Midsummer Classic after going through an upper back strain a few weeks ago."

While Strasburg will still take in the festivities (he is a San Diego native and attended San Diego State University), teammate Max Scherzer will take his spot on the roster.

Scherzer is also having a fine season for the Nationals, with a 9-6 record, a 3.21 ERA in 18 starts this year. He also has 155 strikeouts, a 0.97 WHIP, and a BAA of .195. He joins a growing Nationals contingent that includes second baseman Daniel Murphy, outfielder Bryce Harper, and catcher Wilson Ramos. 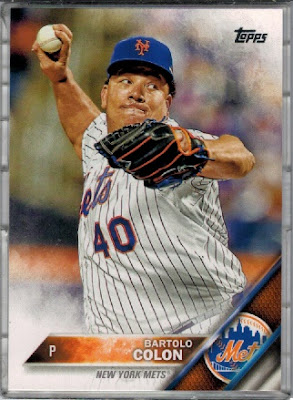 On the other hand, Madison Bumgarner is scheduled to pitch on Sunday. Because of that Sunday starter rule, he could either be replaced on the roster by another pitcher, or he could choose to participate, but possibly be put on an extremely strict pitch count. Bumgarner decided against pitching in the game on short rest, so Terry Collins tabbed Bartolo Colon, the elder statesman of his starting rotation, as his replacement.

The 43-year old Colon, now a 4-time all-star, sports a 7-4 record, a 3.28 ERA. and 65 strikeouts in 17 starts. He has been a steady presence on a Mets rotation that, while full of young arms, have had a bit of growing pains. It will be his first All-Star Game trip since 2013. He joins (? - I'll get to this in a minute) fellow pitchers Noah Syndergaard, Jeurys Familia, outfielder Yoenis Cespedes, his manager, and the rest of the Mets coaching staff to San Diego.

To the (?) part of the program. In last night's ballgame against the Nationals (you know, that 12th win for Strasburg), both Syndergaard and Cespedes were taken out because of possible injuries (arm fatigue, right quad strain respectively). Get ready for more All-Stars making the trip to San Diego before Tuesday.