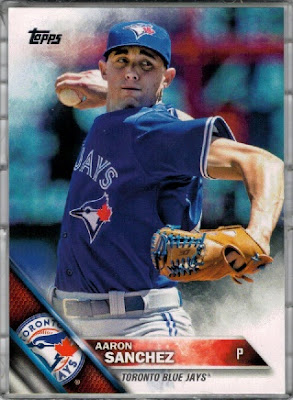 With Craig Kimbrel of the Boston Red Sox placed on the DL with a "left knee medial meniscus tear," he will be out of commission for about 3-6 weeks. While he's gone, the Red Sox made a deal with the Diamondbacks, getting closer Brad Ziegler in exchange for some prospects.

But while the Red Sox has taken care of their needs, who Ned Yost, with the help of MLB, name to take care of Kimbrel's spot on the roster?

Blue Jays pitcher Aaron Sanchez will take Kimbrel's spot on the American League All-Star team. Sanchez, in his first year as a starting pitcher and another first-time All-Star under the age of 26 (he's 24 folks, feel old yet?), heads into the break with a 9-1 record, a 2.97 ERA, 103 strikeouts, and a WHIP of 1.19 in 118.1 innings of work.

Wow, I've posted more today than I have in the past three months. Maybe I'll make it a habit.

JayBee Anama
Posted by James B. Anama at 4:45 PM