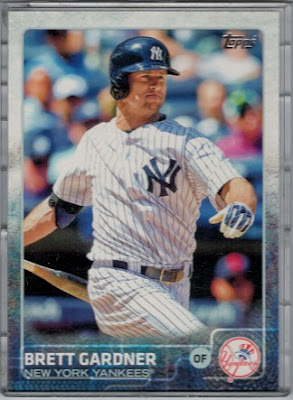 Last night, Alex Gordon of the Kansas City Royals was carted off the field at Kauffman Stadium after trying to make a play in the outfield. He was placed on the 15-Day DL after an MRI found he suffered "Grade 2-plus strain of his left groin." He may be out for up to 8 weeks. This is the second year in a row that Gordon was selected to the AL Team but became unable to participate (last year he sprained his wrist, and while he was not placed on the DL, as a precaution, he did not play).

Because he was voted to start the game next Tuesday, Adam Jones of the Baltimore Orioles will now take his place in the starting lineup. But who takes Gordon's spot on the roster?

It was announced today that Brett Gardner of the New York Yankees, a Final-Man candidate, will now take Alex Gordon's spot on the AL All-Star Team. Coming into today's action, Gardner was hitting .298 (team leader) with 9 home runs, driving in 39 rbi's, stole 15 bases (also a team best), and has an OPS of .856. This will be Gardner's first time as an All-Star and will join fellow Yankees Dellin Betances and Mark Teixeira in the Queen City

So take Gardner's card out of the Final Man Section of your All-Star Binder and move him to the main team (his card numbers are #21 or NYY-3 on the retail set).

JayBee Anama
Posted by James B. Anama at 2:15 PM