I don't have to change many of the words below because I'm in the same situation I was just last year at this time. But, it's the truth, so here goes. Because I was so far behind with the Random Card of the Day posts (due to poor planning ahead on my part), in my rush to catch up, I had little to no time (or energy) to post these images when they first came out a couple of weeks ago. For consistency's sake, I am posting these now. For those who have been bombarded with previews, or for those who have been busy getting every pack of Topps Archives you can find, let me (finally) announce that for quite some time now... 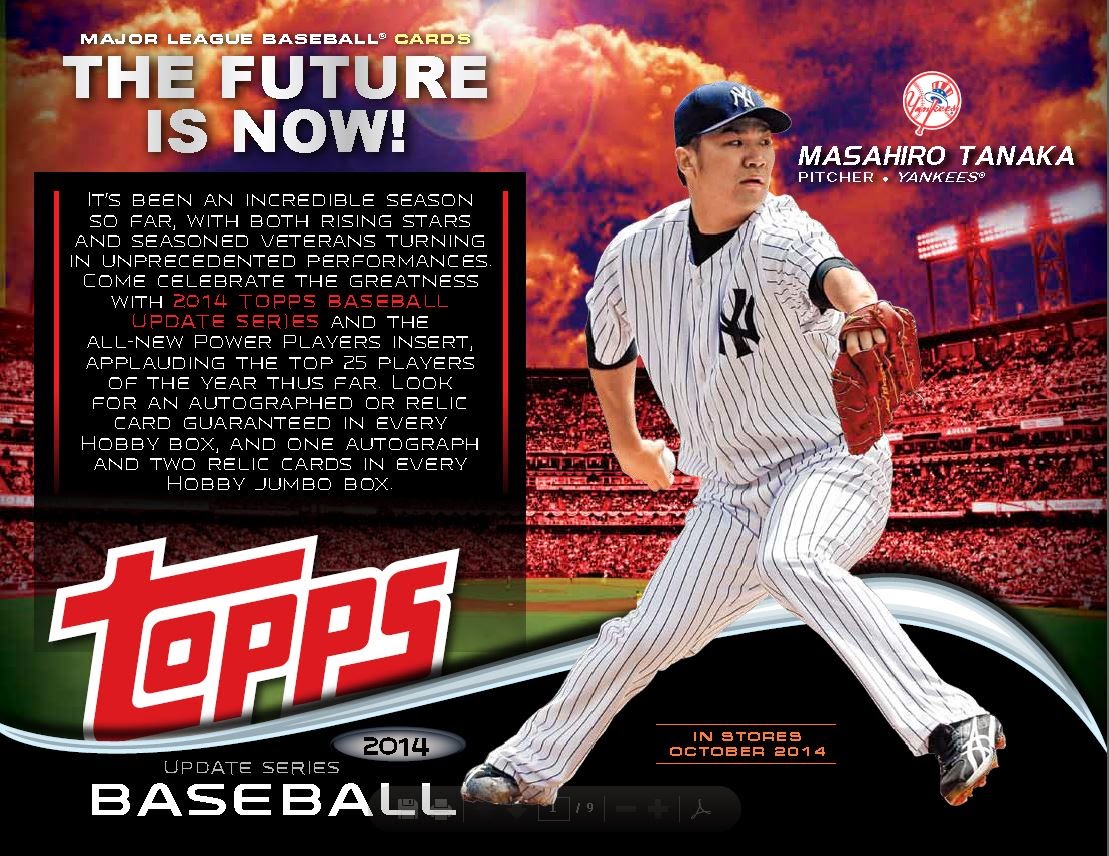 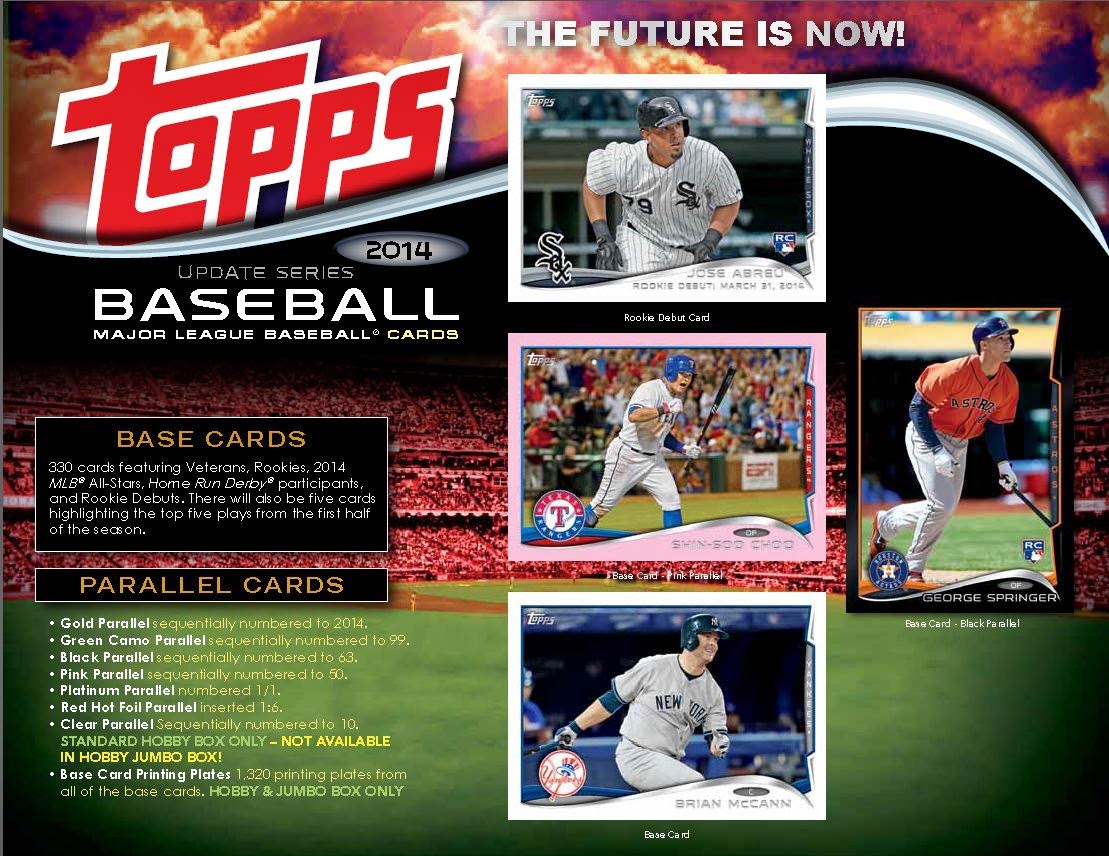 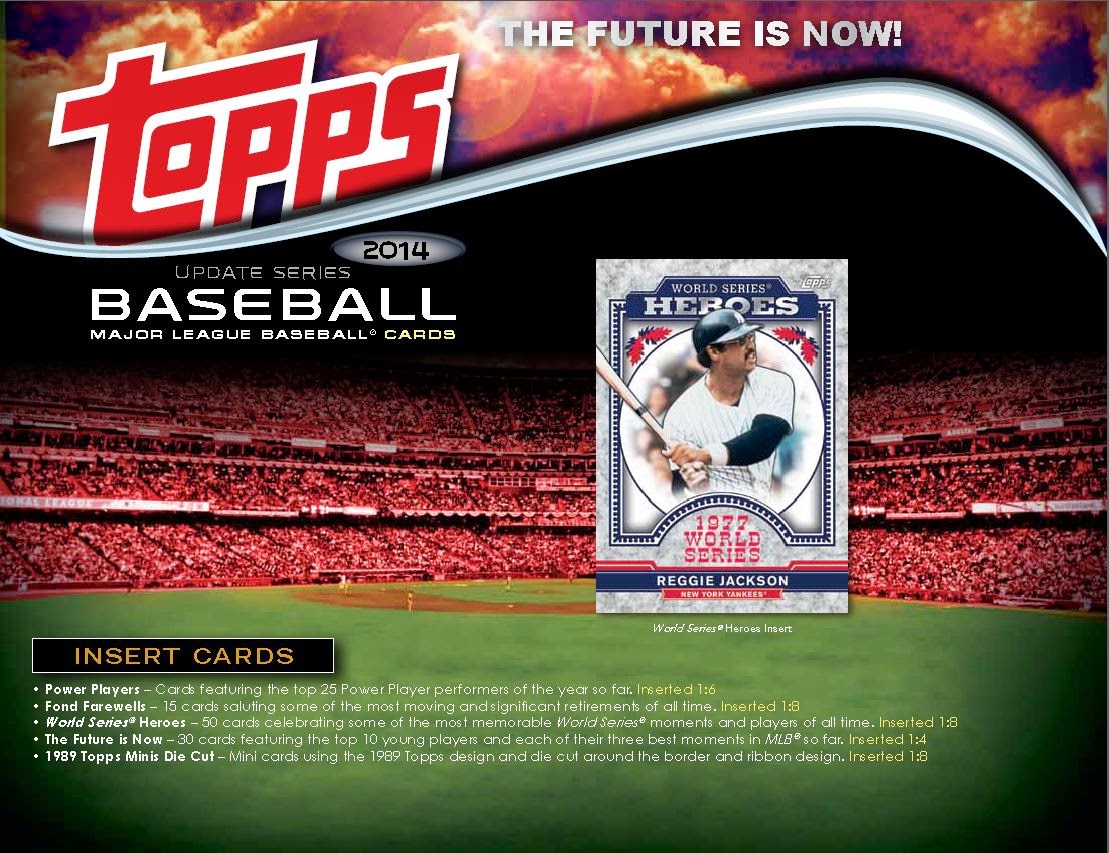 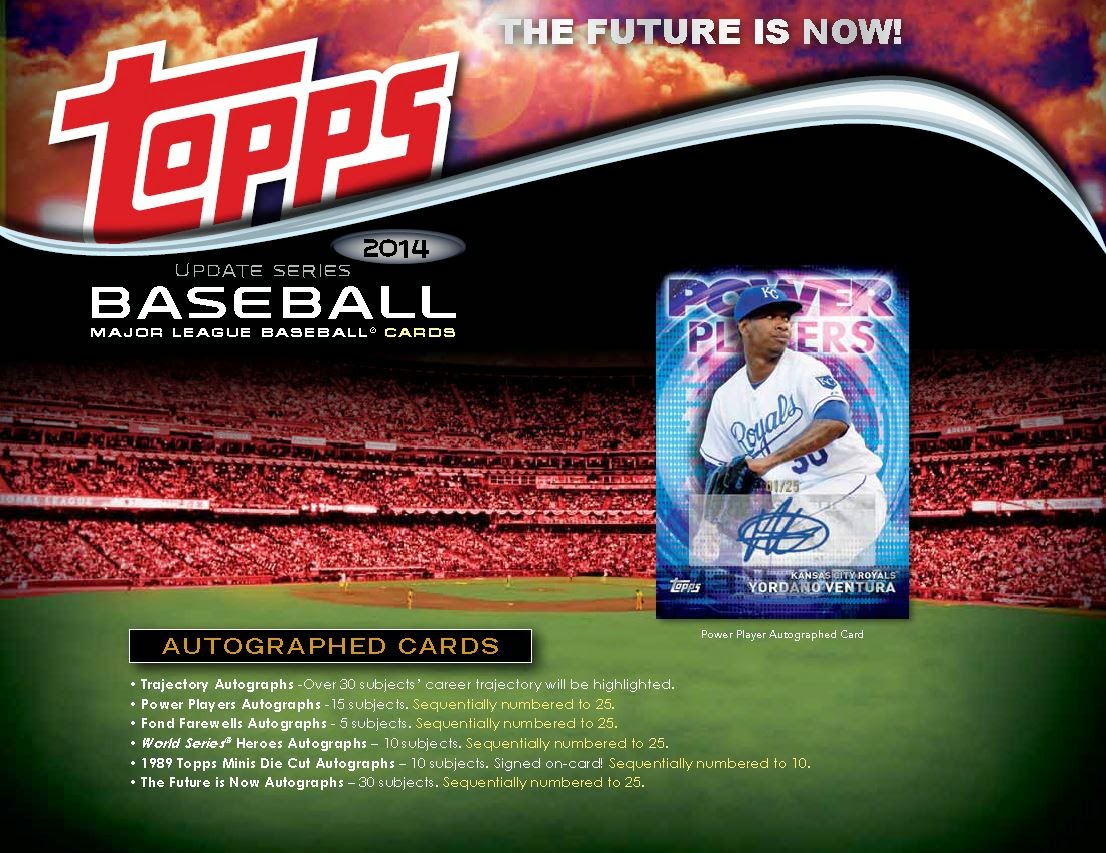 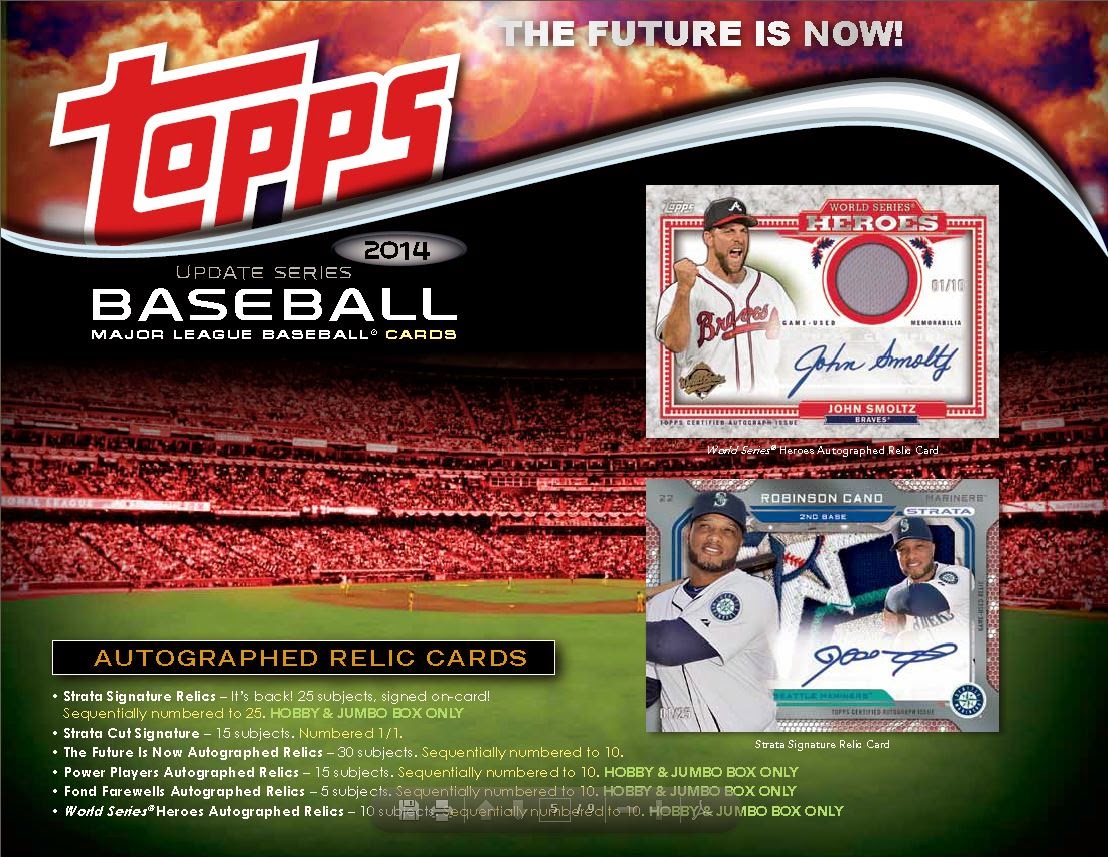 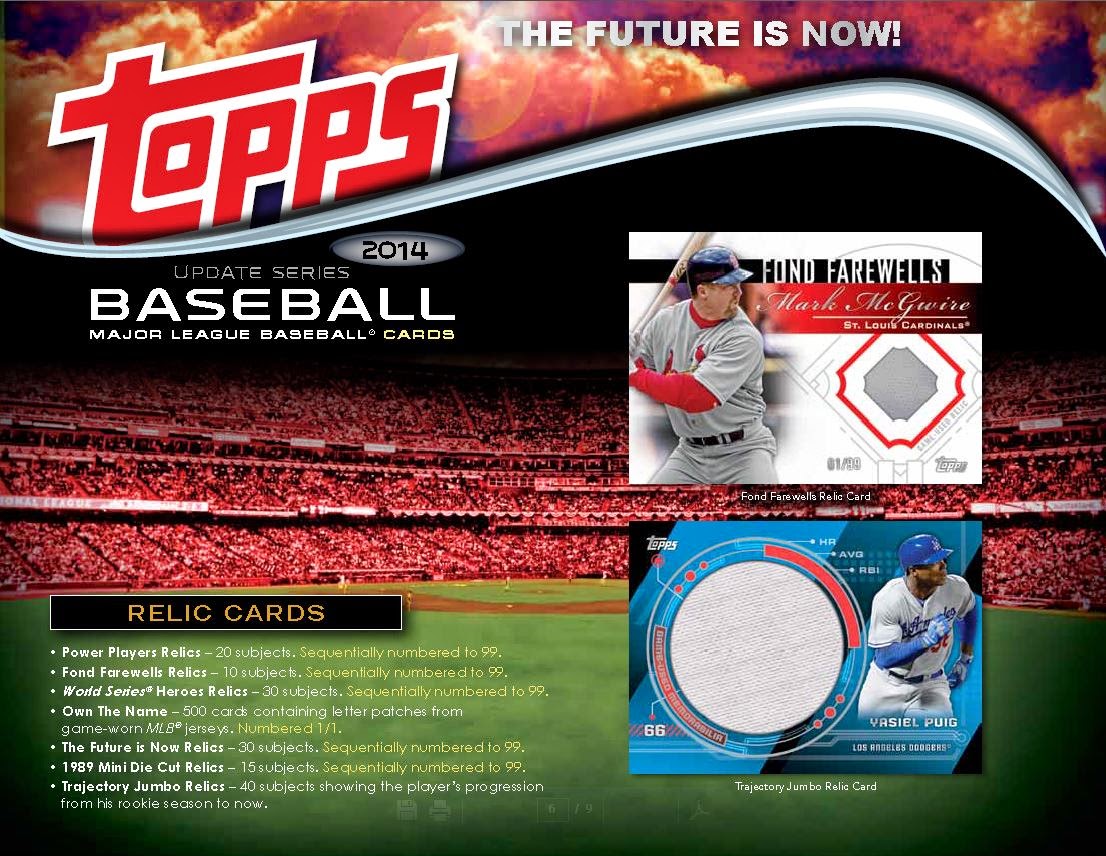 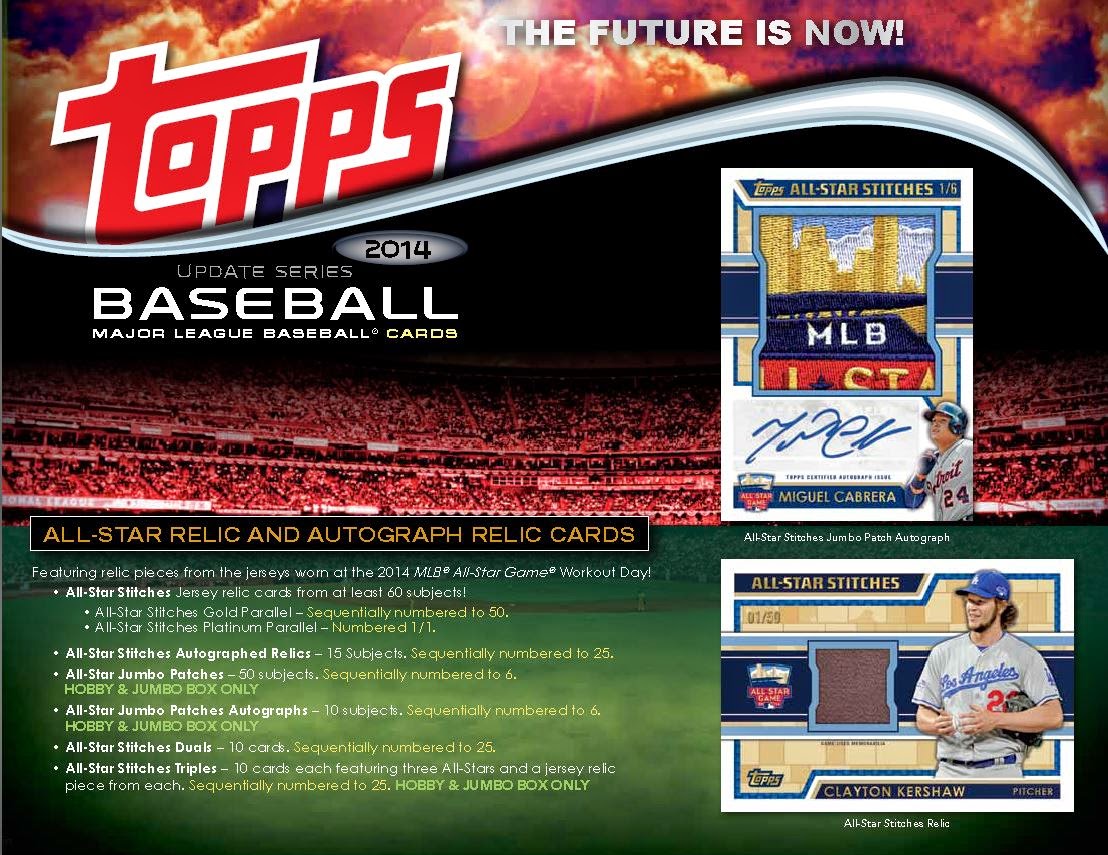 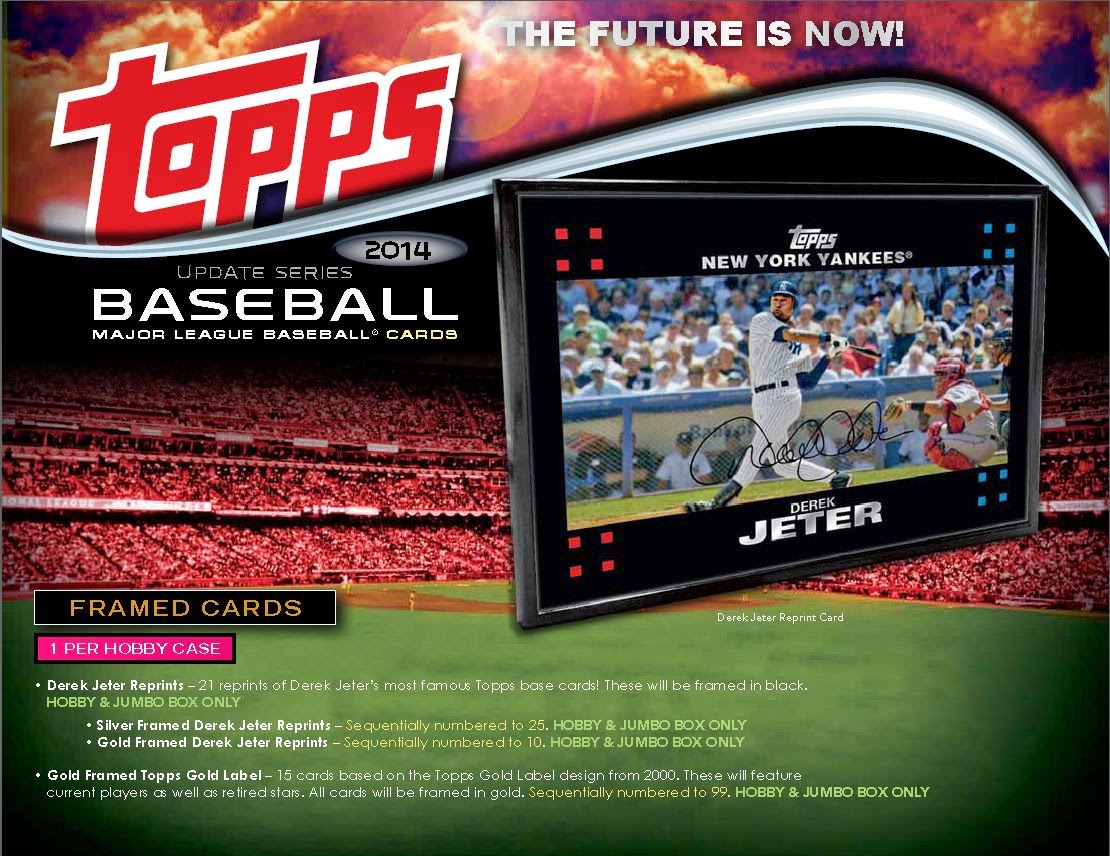 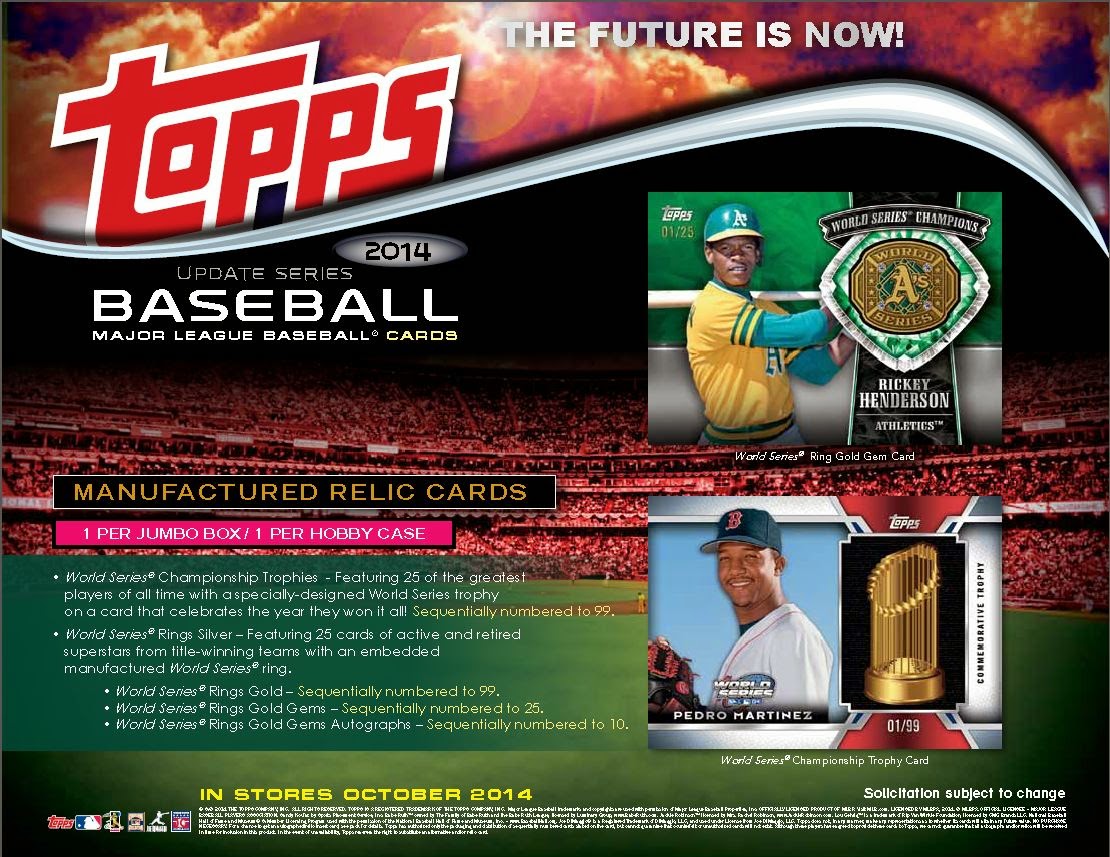 Once again, the Update Series will consist of 330 cards. There is no breakdown (seems to be a disturbing trend from Topps lately that they don't provide one. I guess it's to soften the blow of the "subject to change deal" which Topps has now managed to put on the sell sheets) as in previous years, but you can expect the same number of cards reserved for the following subsets:
I have gotten used to the situation regarding including the players named to the All-Star Teams in July (which I promise I'll be more active then). Doesn't mean I like it one bit. The problem here is that unless MLB plans on increasing or decreasing the number of players on each roster, there will be 68 All-Stars on both rosters. Eight guys, possibly more, will be missing in this subset. At least Topps is being honest with by not saying "everyone will be included."

You can bet that there will be short-prints aplenty in this product. Maybe they'll continue last year's trend of including SP's of players at the ASG, and maybe some legends too. What will be disappointing for insane set collectors is that we won't know which card is an SP and which will be SSP'd.

The usual rainbow of parallels make their continued run here for those who have been actively collecting them: Gold, Green Camo, Black, Pink, Platinum, Red Hot Foil, Clear, Red (Target), Blue (Walmart) Purple (Toys R Us), the printing plates, will all return in Update, which if you are a player collector, should have a grand old time searching for them.

I love reprints. Fans (whatever are left of them) know I love collecting them since 2001. You know the drill:
Lately Topps has been including "framed" reprint cards as box toppers in hobby boxes. Nice touch, using reprints of rookie cards from Topps' 60+ year history. I'll be honest, I would have preferred that if they were to continue to include reprint cards that they just flat out do it without the frames and the "original back" variations. Just stick them in packs.

Just like everyone else in MLB, Topps will be honoring Derek Jeter with a 21-card reprint set of all his base cards from 1993 through 2013 (would you like a reprint of this 2014 Topps card? Not in 2014 probably.) But they will be framed and inserted as box toppers, one per Hobby case. Makes it kind of hard to collect, but then again, you can probably get all 21 of this Real cards (not including the Bush/Mantle variation from 2007) for a much cheaper price than trying to get all 21 of the reprints.

The Power Players continuity insert series concludes in Update, although I don't think they'll count for the Power Players game that Topps is running this season. The set of mini cards honoring 1989 Topps cards will conclude in this product. The Future Is Now set also concludes its run in Update Series. Two new insert sets make their debut here as well: World Series Heroes (celebrating players and their heroic feats during the World Series) and Fond Farewells (another way to honor that shortstop in New York...and fourteen other guys...when they retired from the game). The 2013 set will also feature autos and relics from the All-Star Game. And all the insert sets mentioned in this paragraph will have autos and relics to boot.

No checklist has been provided (from what I can see). but as repeated constantly (I can't stress it enough), it is always subject to change.

Bring on November!!! Really. The Cubs aren't going anywhere, and the White Sox aren't doing it for me again.

I'm with you JayBee on the reprints. Just do regular reprints and I liked it when they did a gold stamp on the cards like the 1996 Mantle, 1997 Mays, etc.

Would have been nice to keep the tradition alive, but they didn't.