Just saw the news tonight. Ernie Banks passed away today at the age of 83 years old (he would have turned 84 at the end of January). 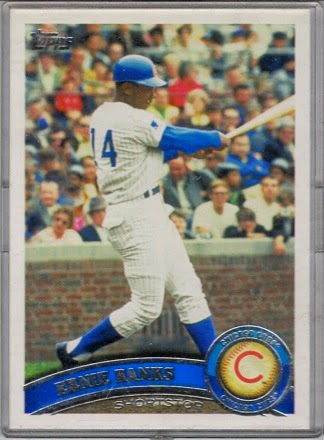 His number 14 was the first to be retired by the Cubs.

Between he, Ron Santo, Billy Williams, and Ferguson Jenkins, they were so close to the promised land of the World Series, but then...you know.

But after his playing days, he became one of baseball's great ambassadors. "It's a beautiful day for a ballgame... Let's play two!" a quote that's been attributed to him because of his love of the game. He served in the Army and played in the Negro Leagues before signing with the Cubs, becoming the team's first African-American player.

My condolences go out to the Banks family, the Cubs organization, Major League Baseball, and the fans. Not just Cubs fans, but all baseball fans. We have lost a legend.