Hey, Did I Mention That the Sell Sheets for 2015 Topps Series 2 Were Live? I Didn't?

So it's been a busy month, well it's been a busy year for me. The Hobby and this humble, little blog took a bit of a backseat as other things took priority. But apparently in the madness of it all, Topps released images of the sell sheets for 2015 Topps Series 2.

Take a look at what we get to look forward to just a bit after the 2015 baseball season gets underway: 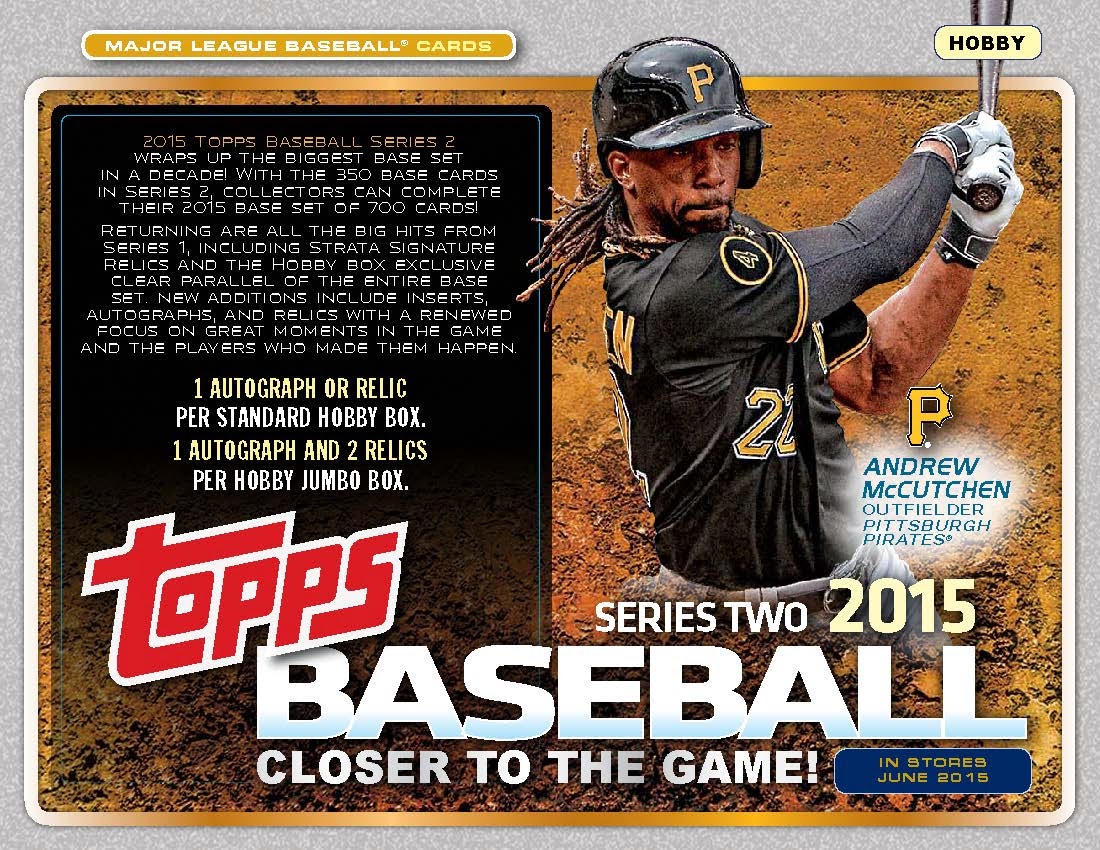 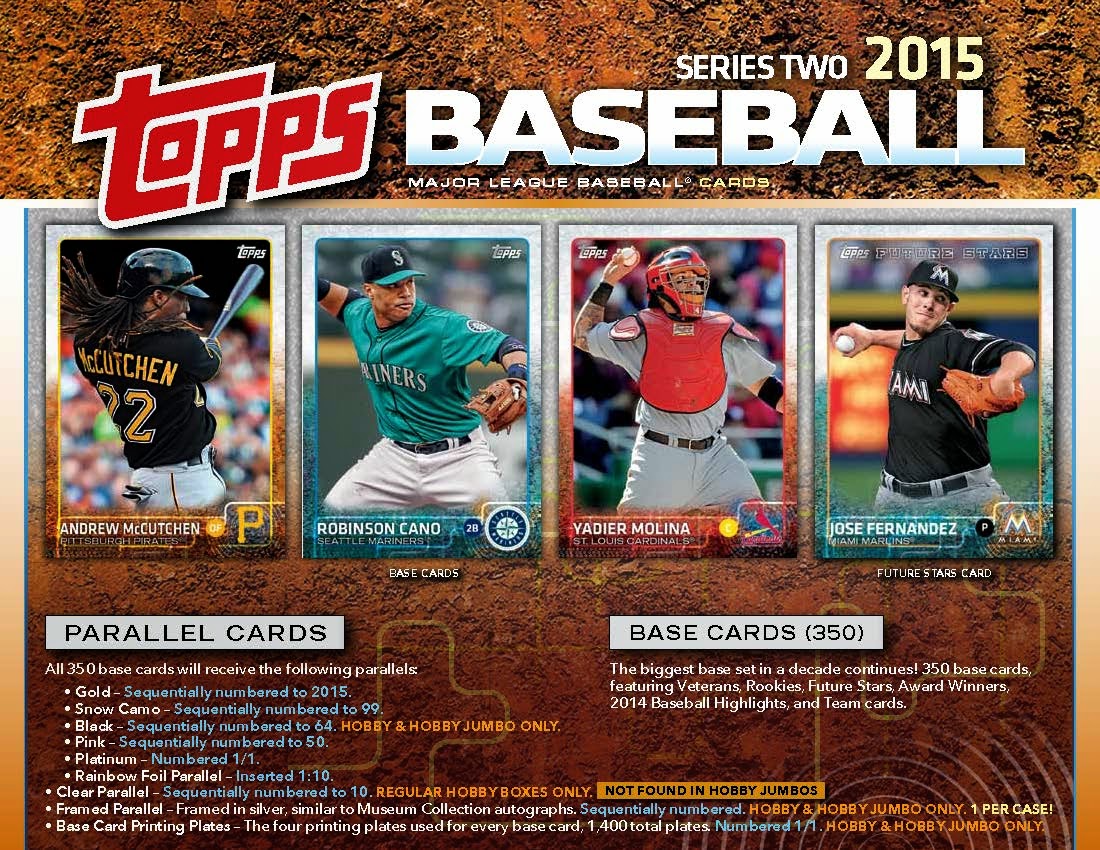 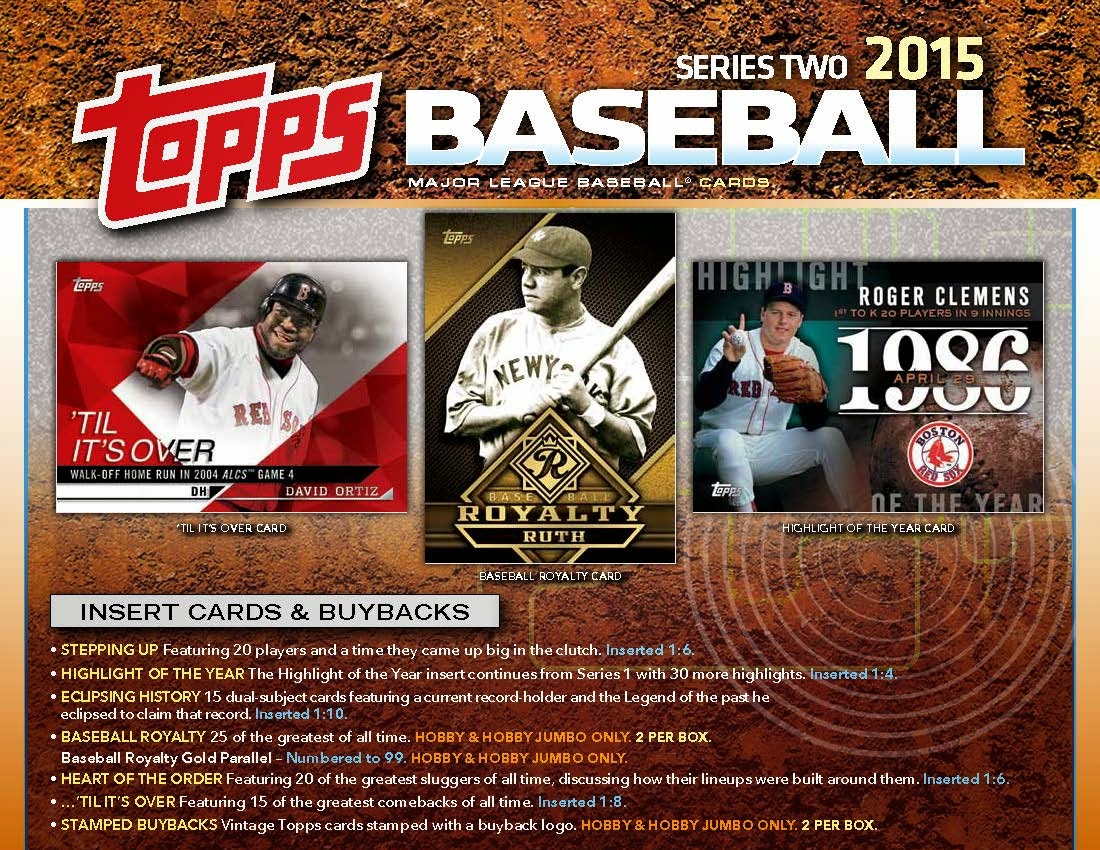 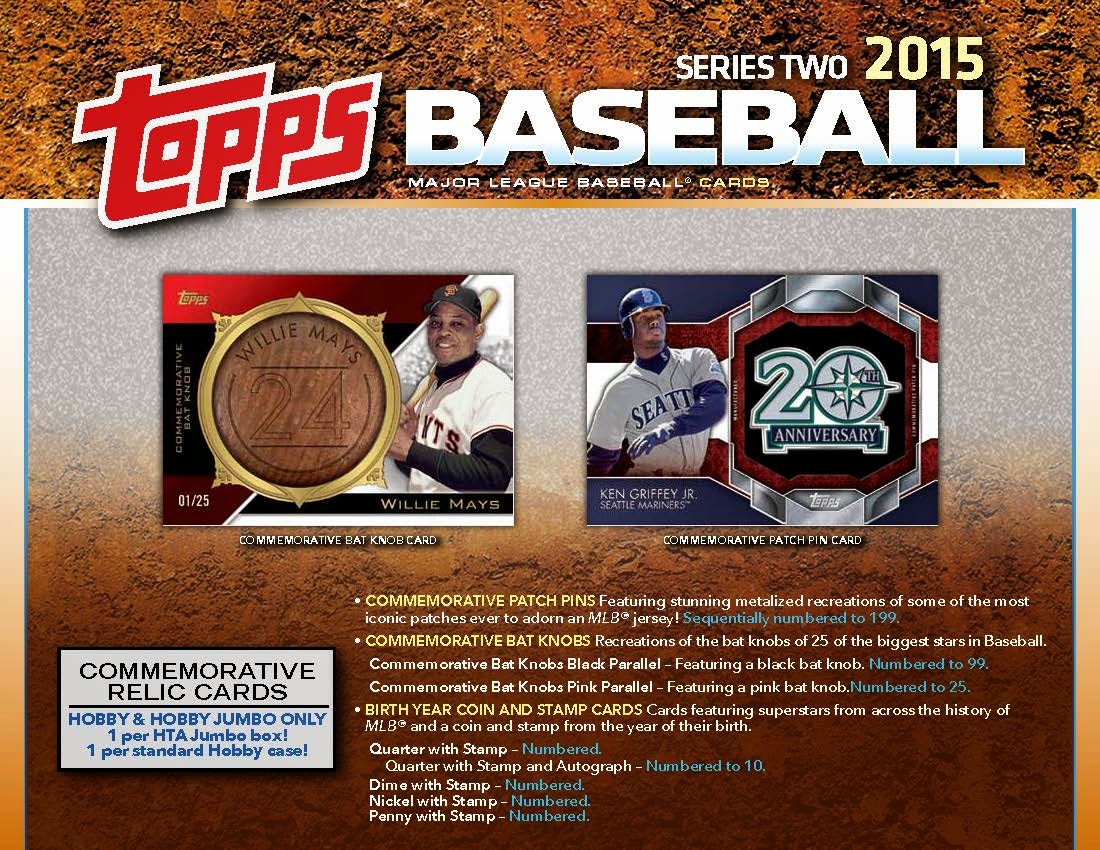 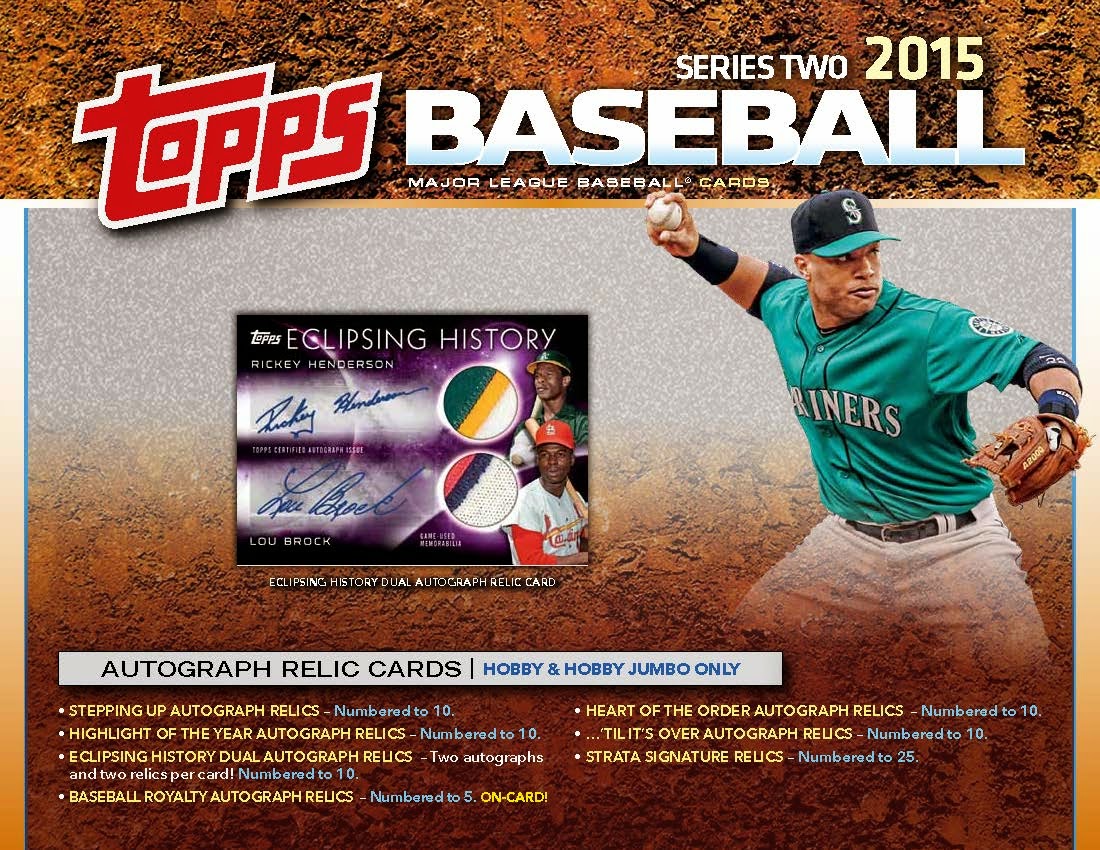 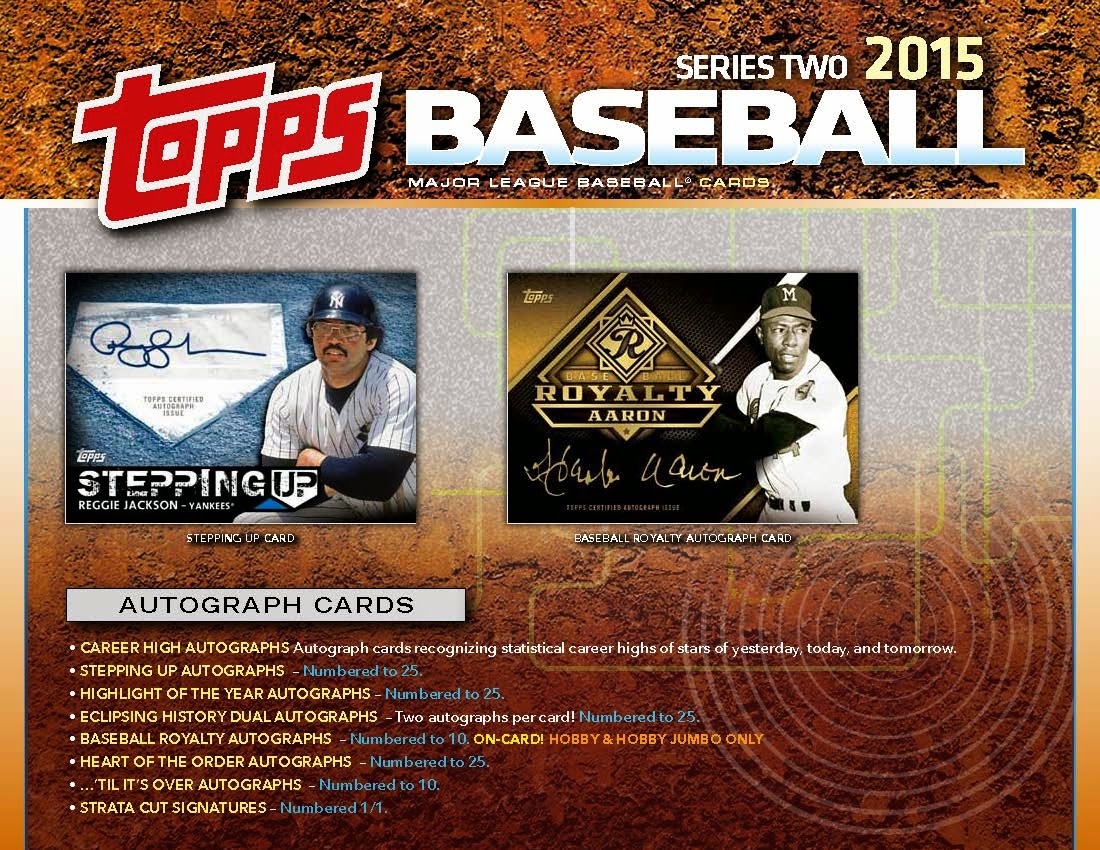 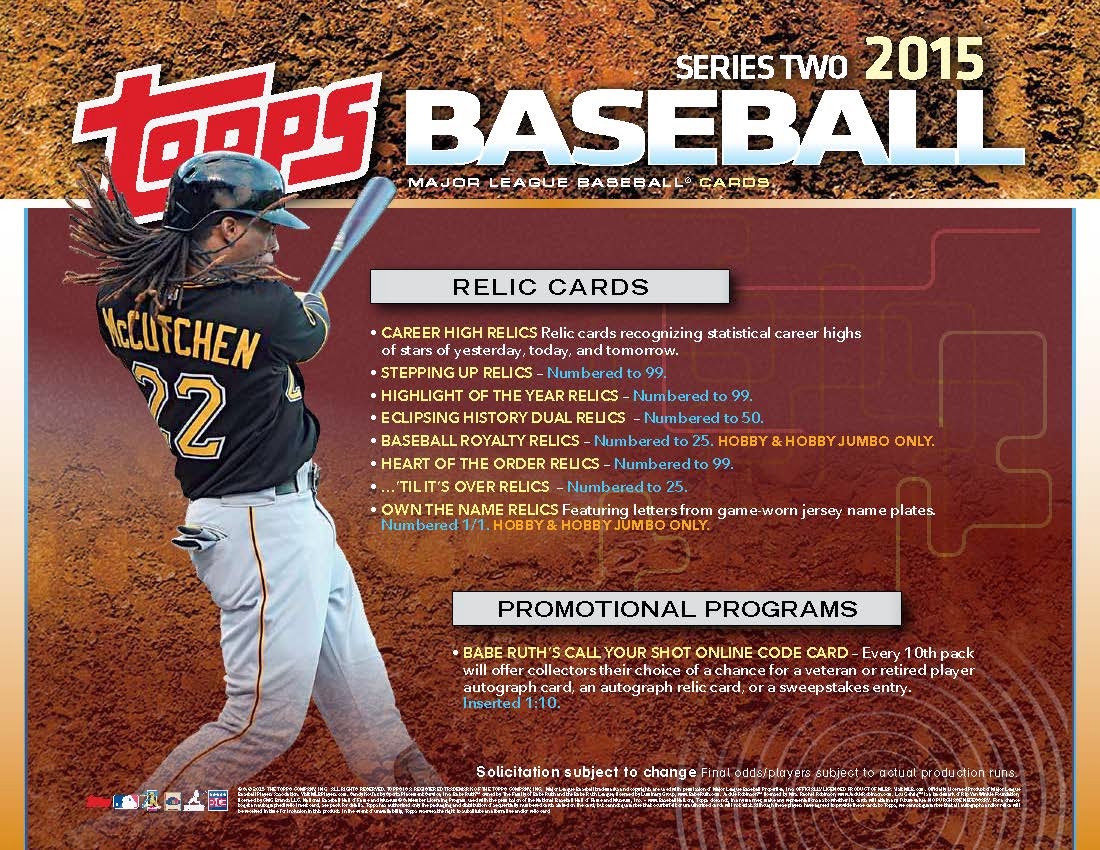 Series 2 also contains 350 cards, meaning that the base set now stands at 700 cards, the first time the base set has surpassed 660 since 2006. That's 40 more players (possibly) getting cardboard love (that, or it's a 40-card retrospective of Derek Jeter's career...in the base set...don't quote me on it). Gold, Rainbow foil, Snow Camouflage, Black, Pink, Framed, Clear, Red, Blue, Platinum, and other color parallels will be thrown in for those who love that sort of thing.

I'm starting to like the look of the base cards. While it isn't a white bordered set (the first since 2007), it looks like each player's card will utilize his team's base colors. I can't wait to see these cards up close: 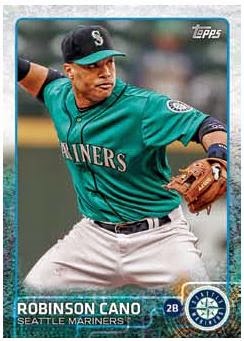 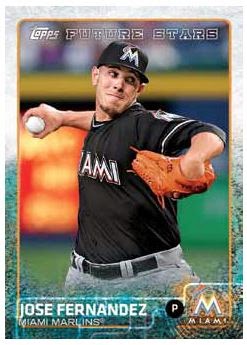 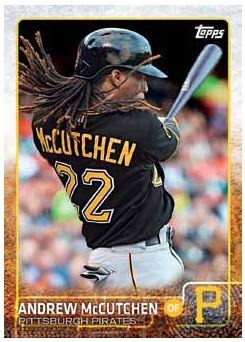 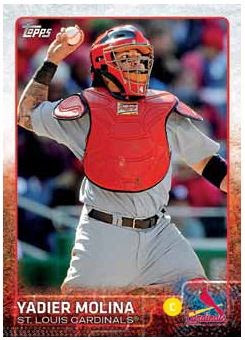 Of the six insert sets being included with Series 2, only one carries over from the first, that being the Highlight of the Year set (30 cards). The rest are new for 2015, and they focus on more on baseball's history (maybe that's the theme for 2015 as I don't really see anything close to a unifying idea):
Autographs, relics, and the like for each of the above insert sets will be included.

With all of the off-season transactions, it will be interesting to see many of the players with their new teams. It kind of makes sense to do this in Series 2, not so much in Series 1. Of course, they could just save it all for the Update set.  Which, if we follow the timing of the release of the first two series' sell sheets, we will probably see previews for some time in March.

I can't wait to buy the things!

I still think everyone is blinded by the colored borders. If you take the splash of color away, these cards look very similar to every flagship set from 2010-2014. Large logo at the bottom (all 5) next to the player name (all 5) and position (all except for 12 and 13). I realize there are only a certain number of designs possible, but perhaps and homage to 1959 with the player inside a diamond instead of a circle or an all horizontal set a la 1960 is in order. It's fine if all you want is a splash of color, but I still think a little effort toward real change would benefit everyone.

It's the first non white border since 2007. At least if you don't count the opening day set