Live Blogging from the Chicago Sun-Times Show in Rosemont, Illinois

The Chicago Sun-Times and other sponsors organize at least two to three card shows (rather large card shows) at the Donald E. Stephens Convention Center here in the heart of Rosemont. The place is literally down the street from my house. So when there is a show happening down here, I try to attend at least one day of it to see if I can find cards for my collection. Today just happens to be that day.

So why am I now just sitting here at a table with fellow collectors eating a somewhat dry burger (really, should have gone for the hot dogs) and typing to get this post online? Well, just like in November, I am finally taking a break. I've been walking up and down the aisles looking for dealers who cater to guys like me. And to be honest, there aren't that many. These shows normally attract vendors who specialize in cards pre-1970. There is a whole section of booths with binders and boxes full of cards from the 40's through 60's and guys and gals just plugging away at them, looking to fill want lists with bargain priced cards. What is a guy who normally scours the Bay for cards from 1976 and beyond to do? Well, he hopes and prays that the dealers he has bought from before are at the show today.

With a menial budget, after about two-and-a-half hours of walking, I have purchased the following cards to add to my collection: 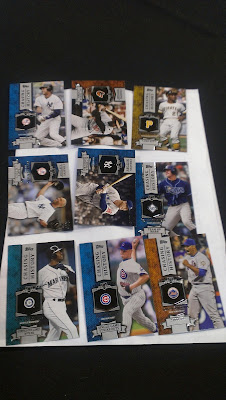 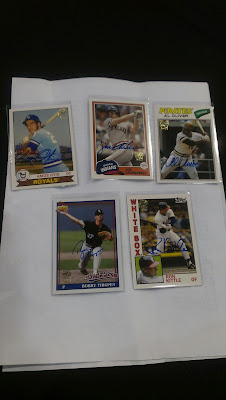 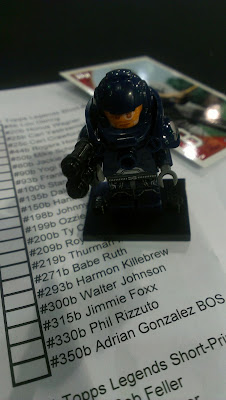 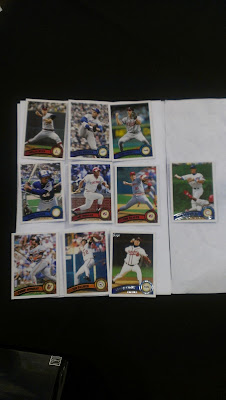 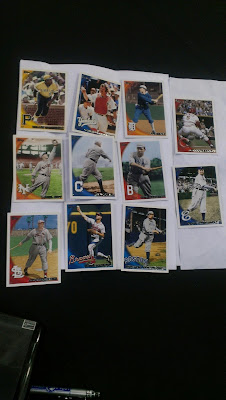 I'm going to go run around a bit since I have a bit more time to kill. I don't plan on spending much now, but unless something catches my eye...