When the sell sheets for 2011 Topps Update Series came out last May, I asked, "Why put these out now??!" It was too early to do this. Guess what came down the pipeline earlier this week??? 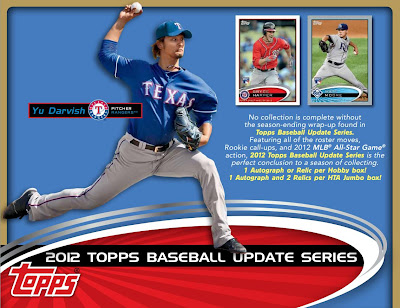 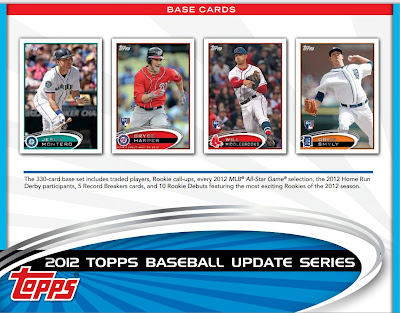 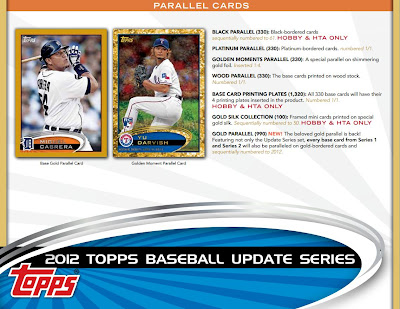 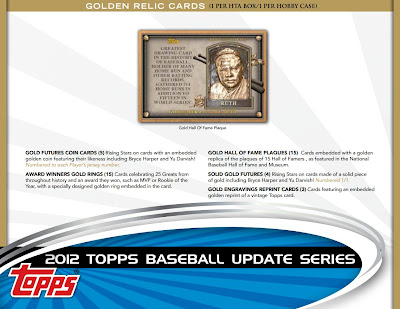 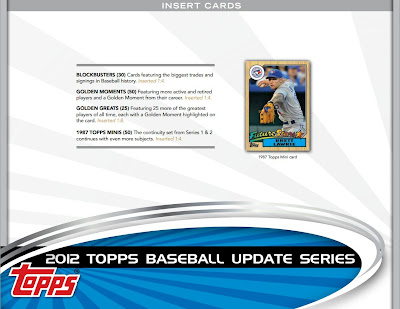 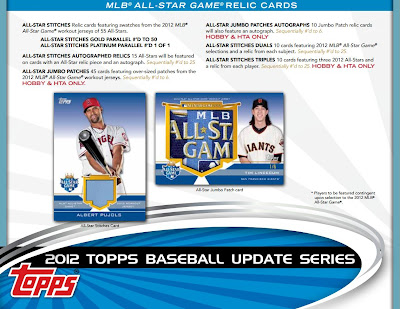 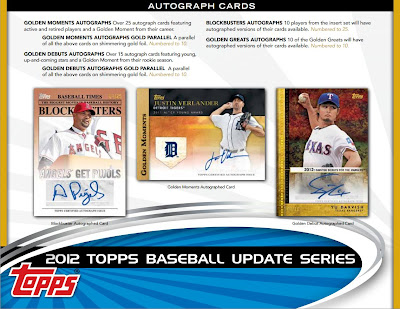 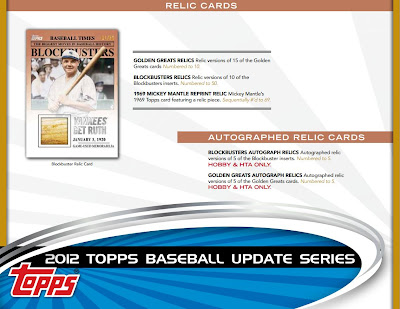 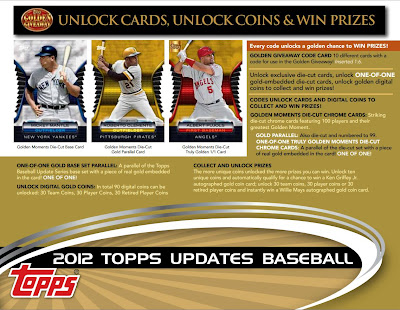 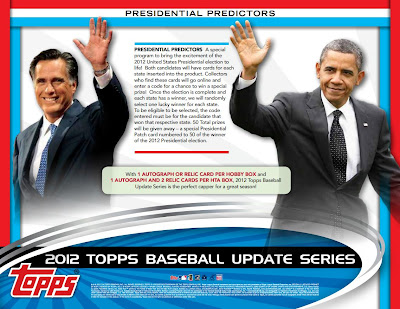 Once again, the cards will be numbered #US1 to #US330 like last year. While they are a bit vague on the details, this is what I can surmise for a breakdown of the set:
The problem here is that unless MLB plans on increasing or decreasing the number of players on each roster, there will be 68 All-Stars on both rosters. Eight guys, possibly more, will be missing in this subset. That's misleading and not "EVERY" the players.  Now unless Topps is truly going to stick to its word on EVERY All-Star Selection, what will most likely happen is that they will only include the players who actually make it into the game.  They almost pulled it off in last year's Update Series, replacing Topps holdout Matt "I'm Too Good for Topps" Wieters with Tim Lincecum (funny, but unless things turn around, I don't see him or Pujols going to the ASG, meaning that the pictures on the sell sheets ARE MOCKUPS AND SHOULD NOT BE EXPECTED TO APPEAR IN THE PRODUCT!!!)

There is no checklist on which legends will appear as variations to the regular set (obviously...there weren't any in Series 1 and who knows what will happen in series 2).

Topps Gold cards will make their appearance here, and all 990 cards from ALL SERIES will get the Gold Foil treatment (numbered to 2012 of course).  Other parallels include the usual colored borders (black #'d to 61, platinum 1 of 1's, Golden Moments (which turns out NOT to be the replacement of the aforementioned Topps Gold cards, Wood cards (also 1 of 1's, should have been used for the actual design...digressing), red-bordered cards for Target, blue-bordered cards for Walmart, purple-bordered cards for Toys R Us, and I wouldn't put it past them if Topps was able to manage to create orange-bordered cards like they are doing for their Factory sets (will there be green-bordered cards in the Holiday sets???)

Golden Moments, Golden Greats, and the popular 1987 Topps Minis, the three continuity inserts in 2012, conclude here. A new insert set, Blockbusters, features 30 players who made big splashes when being acquired by a new team.  The Golden Giveaway also concludes with another 10-card set.  The 2012 set will also feature autos and relics from the All-Star Game.  Golden Relic cards will be included, and you can see the explanations for yourself by clicking on the proper picture above.

I did not find a site with Product information (if I do find it,I will include it here on the blog).  A preliminary checklist can be found here, but as repeated constantly (I can't stress it enough), it is always subject to change.

JayBee Anama
Posted by James B. Anama at 7:01 PM

I have to say, those "Blockbusters" inserts look sweet. A great topic to cover in an insert set.

I love the return of Topps Gold, although I wish Topps would've just done what they normally do and not give them the "liquorfractor" treatment.

Update is almost always my favorite release of the year, thanks for this post!

Already looking forward to it!

Wood cards "should have been used for the actual design"