2011 Topps Update Series is Now Live! So Who Are the SP Legends in This Set?

If you've been paying attention to the Bay, you would know that 2011 Topps Update Series has now arrived, even though it was supposed to be released today (10/5/2011).  So while waiting for master sets to show up on the auction site, I thought it would be a good idea to look around and see what players were given the SP treatment.

Leave it to eBay powersellers brentandbecca to have all the answers in one convenient location.

So to save time, hassle, and agony, here are the 25 players whose cards will be mixed in with the regular 330 at short printed levels:
Would you like to see pictures?  Of course you do: 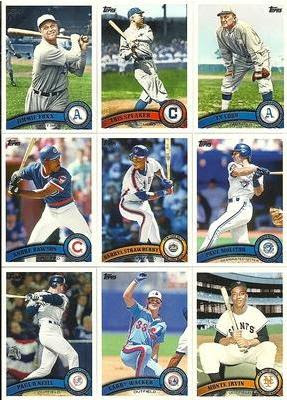 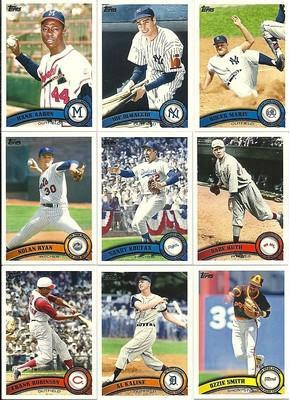 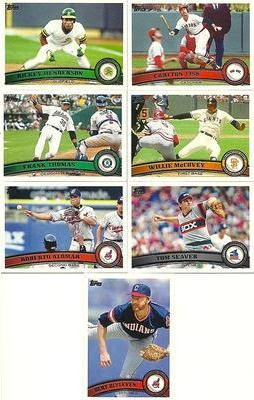 Thoughts:  It pains me to see Frank Thomas in any other uniform besides the White Sox.  I know that these are supposed to show players on other teams.  But it still hurts (pun intended).  Nice to see Andre Dawson in a Cubs uniform. It's the SP debut for DiMaggio, O'Neill, Strawberry, and Walker.  Also, why aren't the baseballs where the team logos are placed "aged"?

Happy hunting.  I'll be looking for these too.  So if you find any in your packs, and don't need them, please let me know.  I'll give them a nice home.

JayBee Anama
Posted by James B. Anama at 1:15 AM

When I saw the checklist I thought I might finally have an SP from my team to chase with Larry Walker. I was sad to see him as an Expo. Maybe next year.