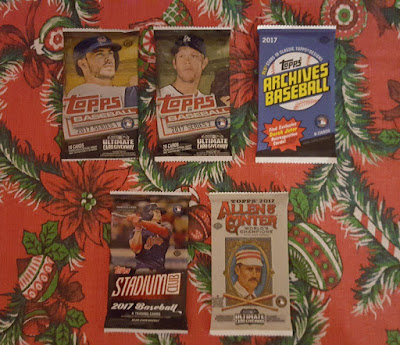 It's the return of Pack Break Week here on this humble, little blog. The idea is to celebrate the past baseball card season while looking forward to next season. And what better way to do this then my opening packs of this year's product.

As you probably recall, I went to three different card shops during National Baseball Card Day. Along with getting my free packs of NBC cards, I also bought some random packs of Series 1 & 2 of the eponymous product, plus some packs of this year's editions of Allen & Ginter's, Archives, and Stadium Club. Along the way, 1 pack of A&G included a rip card of Noah Syndergaard. I'm going to open that card on Friday and reveal what was hidden inside of it. 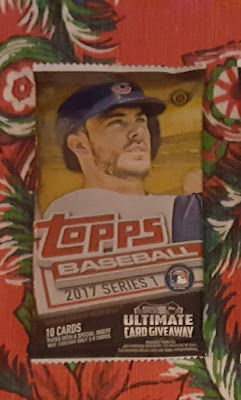 In the meantime, let's open the series 1 pack and find out what was inside of it.

Here are the ten cards that were contained inside the above pack: 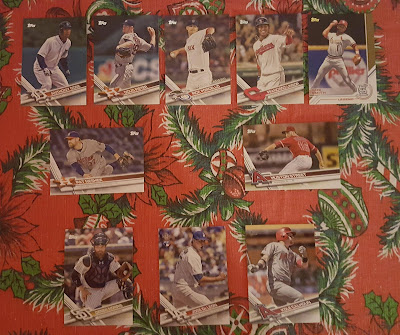 Thoughts: a typical 10-card pack. Not much to write home about in terms of a wow factor (at least for the Chicagoan). Lots of West Coast teams represented in this pack, plus an insert of Ozzie Smith, as well as a card of fellow card collector Pat Neshek.

Tomorrow's pack will be from 2017 Topps Stadium Club. Will there be a special auto, relic, or short-print inside?