After opening five regular packs and two jumbo packs of 2017 Topps products, let's just say I'm so happy that I finally was able to get into the frenzy, albeit a week late.

I have a decent amount of base cards for a starter set (which I'm most likely going to give to my nephew). The inserts look really nice. This is what I have so far: 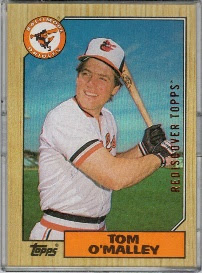 A few years ago, I did a daily segment called "Random Topps Card of the Day." Using an Excel spreadsheet, based on what the numbers randomly appeared (a year, and then a number), I would feature that card as the Topps Card of the Day. I haven't done it in a while, and my randomizer is lost in my flash drive that needs to be data recovered (long story). I haven't had a chance to make a new one, so why not do one now.


If anybody is interested in any of the cards I listed above, please send me an email at bdj610@hotmail.com or send me a message on Twitter (follow me @bdj610). Or if you have a want list, send one over, and if I have the cards, I'll be more than happy to send them your way.