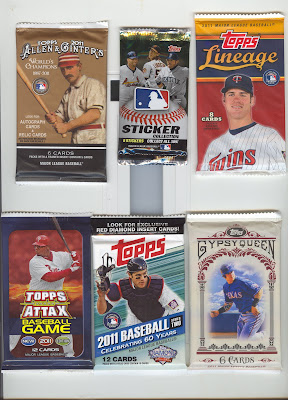 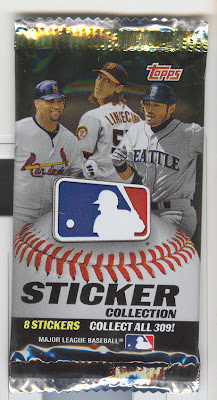 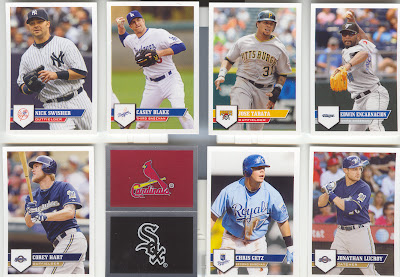 My thoughts. I am 7 stickers away from a complete Brewers page. Yay. I can't understand why the logo cards are numbered the way they are. Both NL and AL stickers are on the same pages (right in the middle of the album). Why the gap in numbers? I could understand if the logos were on every team's page. The fact that Swisher's sticker (say that ten times fast) was in this pack means I now have two variations of his sticker (the one with the peforations because it was in the album and one without). Bet Chris Olds is getting jealous right now. 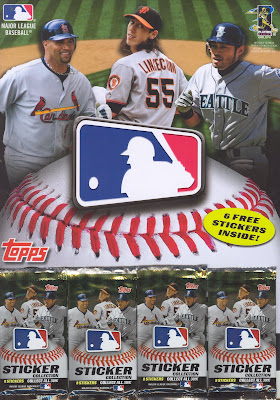 I do have the album and 15 other packs to open. I will sort out the damages and possibly beg to trade with people to attempt a complete album soon. I will have my thoughts on the album later on too.

That's another pack down, and four more to go. Next up, is the pack of Topps Lineage. Here's hoping for a something good.