More details have been leaked at the number one source in the hobby regarding Topps' endeavor in 2012.

If you remember in 2001, Topps celebrated their "Golden Anniversary."  Their big insert set was the Golden Anniversary cards.  A 50-card set broken down into five subsets:  Golden Greats, Glistening Gold, Gold Nuggets, Hidden Gold, Going for Gold.  There were also Golden Moments (a subset within the base set), Golden Anniversary autographs, and so forth, and so on.

Well, it seems that the theme for 2012 Topps involves gold as well. 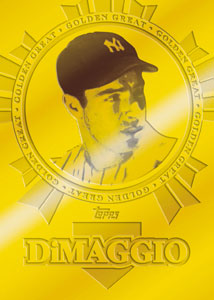 Golden Greats, Golden Moments, Golden Everything.  And for the third year in a row, there will be an online Giveaway.  A Golden Giveaway where you can redeem cards from Topps' now 60 year history, and cards "EMBEDDED IN GOLD!!!"  Collect virtual golden coins to get prizes (does this sound familiar). 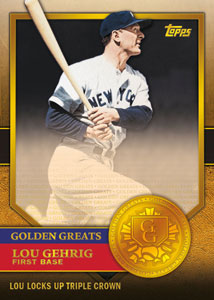 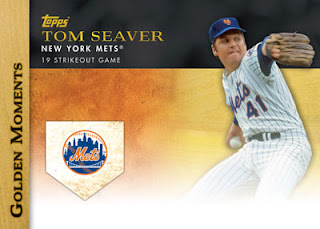 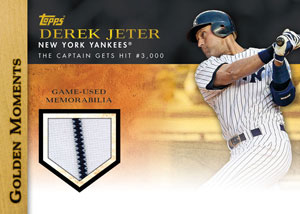 There will also be inserts, including what is being described as 1987 mini cards. So there lifetimetopps, you have your wooden card tribute.  Speaking of wood cards, there will also be a wood parallel card (a one of one) to go with the usual parallels (gold cards...surprise, surprise, platinum, and gold parallels in the vein of the diamond parallels from this year). 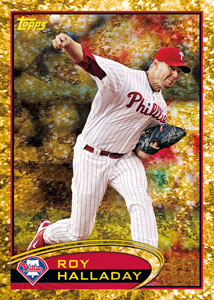 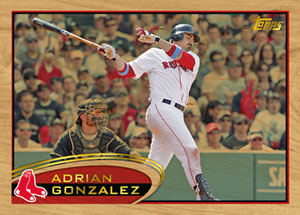 The design looks great in the wood borders.  Makes me wish that they used the wooden borders, as lifetimetopps said, it would be a great 25 year tribute along the grain (pun intended) with 1962 and 1987 Topps.

I'm starting to like the design.  Maybe they shouldn't have posted the Braun card.  Nothing against the guy from Milwaukee, but the picture used for his card (which is hopefully subject to change) wasn't his best looking shot.

JayBee Anama
Posted by James B. Anama at 8:11 PM