Once Again, I Return on the Fifth of May After a Month Away 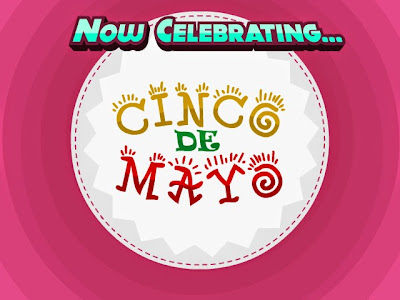 If you're looking for me, I've found myself on my own sojourn. Just like last year, April turned into a busy month. But unlike last year, the Cubs are doing well (a winning April for the first time in years). The White Sox? Not so much.

I'll tell you though, I had a feeling this was going to happen with the White Sox.  I mean think about it. The last Chicago team added an All-Star outfielder, an All-Star pitcher, and a lights out All-Star closer at the same time? 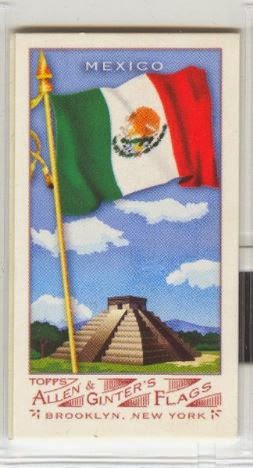 While everyone celebrates with margaritas, tacos, and all that great Mexican food, let's take a quick moment and review what Cinco de Mayo is.

"It celebrates the day back in 1862 when the Mexican army overcame all odds and beat the French forces at the Battle of Puebla. This is not Mexico's Independence day (that would be September 16), nor is it a national holiday (it is celebrated voluntarily), outside of Mexico. But in the United States, Cinco de Mayo is a day to honor Mexican heritage and pride."

In 2009, I created an All-Star Team that consisted of native-born Mexican baseball players. Yes, there are many players of Mexican descent in baseball, but these guys were born en los Estados Unidos Mexicanos (and before you send me nasty letters, this is the formal name of the country). As of May 4, 2015, 116 players can claim Mexico as their birth place. Two of them recently made their MLB debut as a matter of fact.


Roberto Osuna (from Juan Jose Rios, Sinaloa) made his MLB debut with the Toronto Blue Jays on April 8 against the Yankees, entering the eighth inning as the third of three relievers in the inning. He struck out the first batter he faced, Alex Rodriguez, and induced Stephen Drew to fly out to right, ending the inning (the Blue Jays eventually lost the game 4-3). Born on  February 7, 1995 (that's right...feel old now people!!!), he is the youngest player in the Major Leagues (also the only player born in 1995). The card you see above is the second of two Pro Debut cards of Osuna. His first Topps Pro Debut card came in 2013.

Arnold Leon (from Culiacan, Sinaloa) debuted for the Oakland Athletics on April 22 versus the Los Angeles Angels of Anaheim. He entered the ninth inning against the Halos, the third of three pitchers that night, and allowed one run on two hits in what would be a 9-2 win over the Halos. No Topps cards yet to speak of...yet.

After consecutive years of taco night here at home, we're having a simple dinner of quesadillas and Mexican rice and beans. Figures, we're going against the grain of Taco Tuesday, but that's what my wife and I had for lunch.

I (finally) bought myself a box of sheets for my cards, so maybe I'll find time to put my series 1 set in a binder. That's what will keep me busy for a while watching either the Blackhawks take on the Wild, the Cubs vs. the Cardinals, or the White Sox extend their streak against the Tigers.