In many of his radio (and subsequently his TV show), Jack Benny, when asked how old he was, would say that he was 39 years old. This would always get big laughs from the audience, and the laughter would continue after the person he was talking to would crack a joke about his answer.

That was his character. Although he portrayed himself as vain and cheap on the program, he most certainly was the opposite in real life. Unlike many of the comedians of his time, he always made sure that the rest of his cast got the majority of the laughs, while he played straight man to the craziness around him. 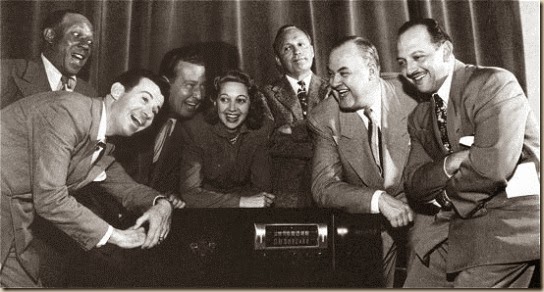 Jack Benny will always be 39 years old to fans of his program, and I count myself as one of them. Last month was "Jack Benny Month" on Those Were the Days, a radio program that re-plays many of the old time radio shows. It seems that before music and talk radio ruled the airwaves, and before many people sat in front of their televisions and computers, radio was the main form of entertainment. And there was no better show on the air on Sunday nights than the Jack Benny program. When I first discovered Chuck Schaden's radio show so many years ago, I was hooked. And while I enjoyed listening to (when I had the time) shows like Fibber McGee and Molly, Burns and Allen, Suspense, The Great Gildersleeves, The Whistler, and even looked forward to The Cinnamon Bear in December, I loved it when they would put on a Benny program.

What is the point of me talking about old-time radio?

Well, I was going to write about Jack Benny last month on Valentine's Day (his birthday). So that's all I have to say...

That's not all I have to say today.

You see, as of today, Mr. Benny and I have something else in common.

Forgive me, I have to take a minute to breathe as I even fathom to think about that.

Where have the years gone??! I am now officially what I thought was the definition of old when I was 7. I had pangs when I turned 30, and now I am a year away from 40. I always thought of myself as young, and in many ways I feel young.

I look back at my life, and yes, there have been ups and downs. I have experienced a lot of joy (from growing up in Manila and coming to America to meeting and marrying the girl that would become my wife and becoming the father of two amazing kids) and sorrow (the Brown's Chicken massacre, my grandmother dying). There have been good times (achievements in high school, working in theatre, and now spending time with my family) and bad ones (losing a job and the uncertainty of the future when the company closed). I have learned a lot and still feel I have a lot to learn.

I am truly blessed to have the life I am living. Even with all of the struggles (and there have been many), I am grateful to have the experiences I have had.

So I want to take this opportunity to thank my family, my parents, my siblings, my friends, acquaintances, co-workers, and those I recently connected with last October at my 20th HS reunion for being a part of my life. Good or otherwise, you have all shaped me into the person I am today. Every opportunity to interact with you is something I cherish.

Now that we have all that out of the way, let's talk about baseball cards (this is a Topps baseball card blog, isn't it??!)

A few years ago, someone contacted me about a project he was doing as a birthday present for his friend. I wrote about it here and it got the attention of a Sports Collector's Daily.

So why not do the same thing...to a point.

In a previous birthday post, I named an all-star team of players born on March 12. Heading in to the 2015 season, 63 players out of the 18,408 who debuted in MLB at one point were born on March 12. The youngest (heading into the 2015 campaign) is Taylor Hill, born on this date in 1989 (wow, I'm old). But in honor of my 39th birthday, why not display all the cards from my birth year (1976) to now that were assigned card #39 by the Topps Company. Now granted, many of the names who share this card number do not have the name recognition that the guys with #40 have, but hey, they're on cardboard, they're immortalized. 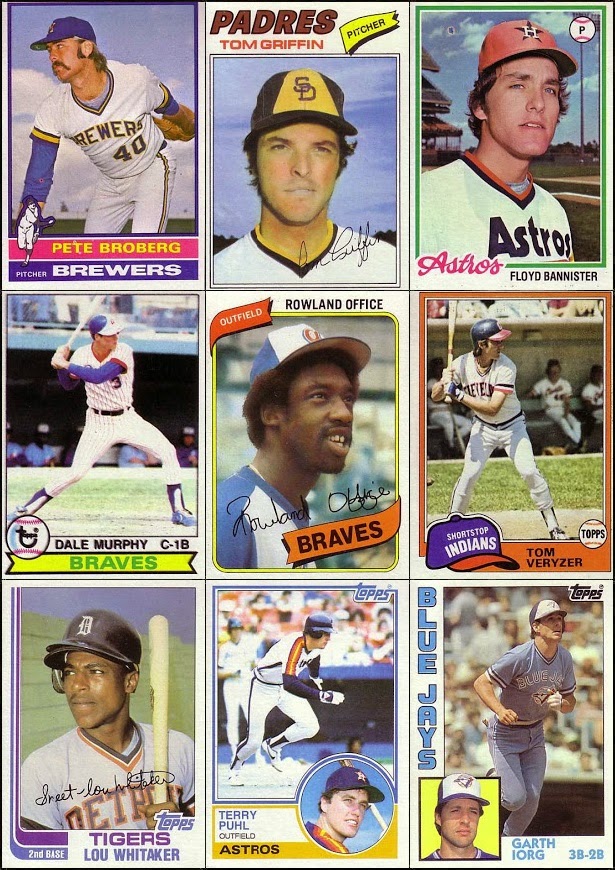 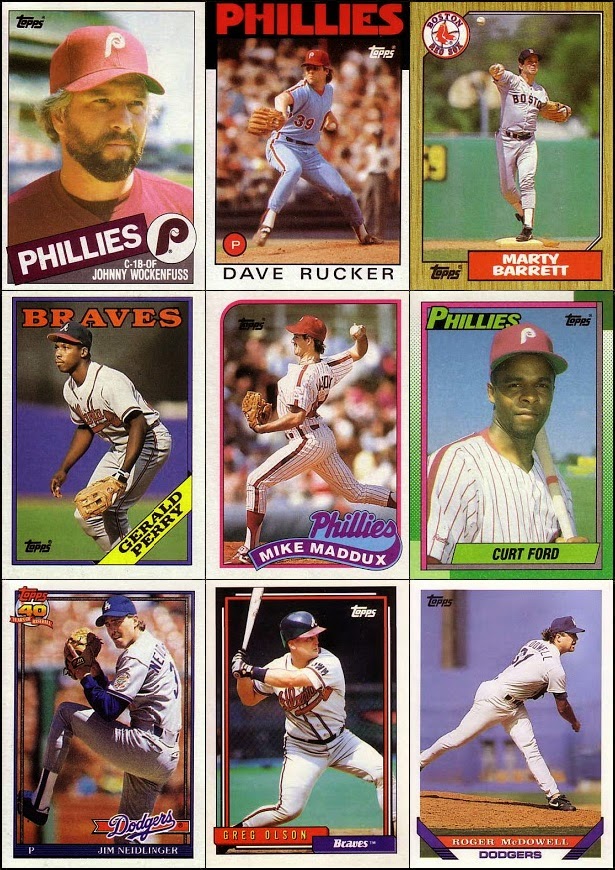 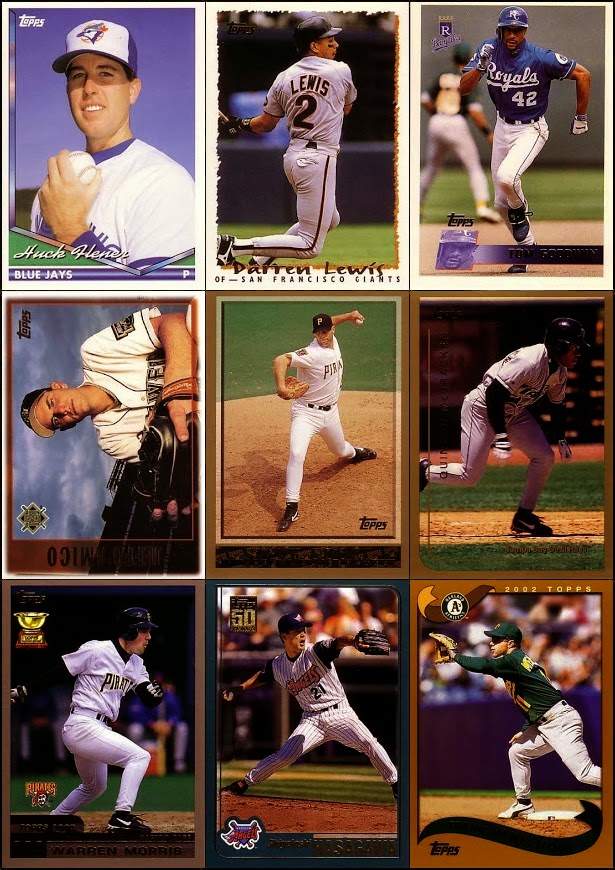 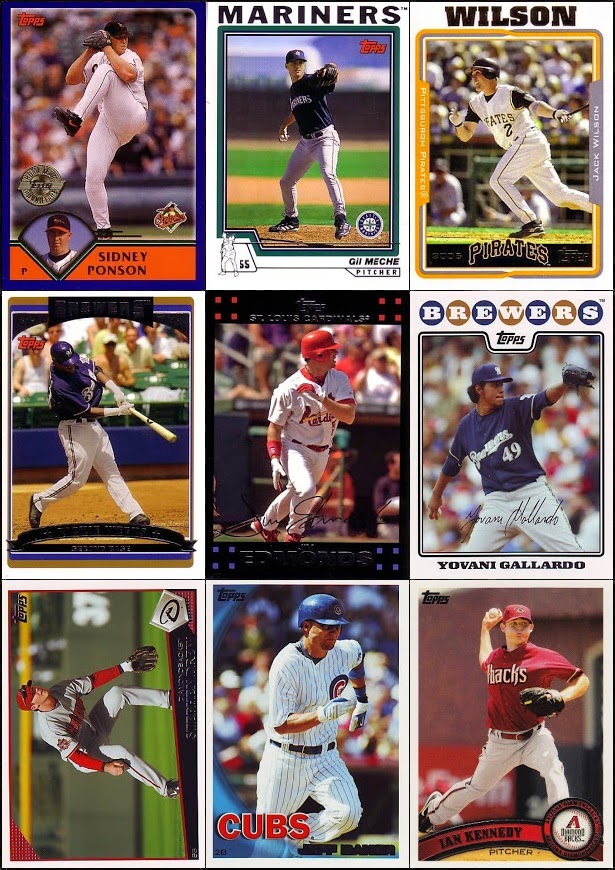 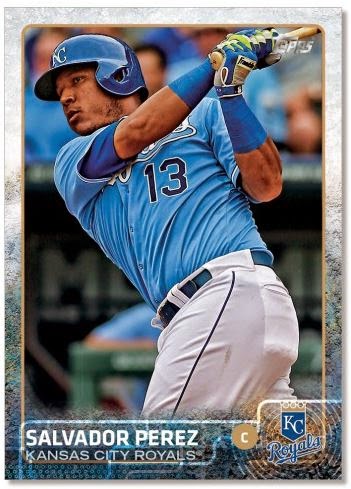